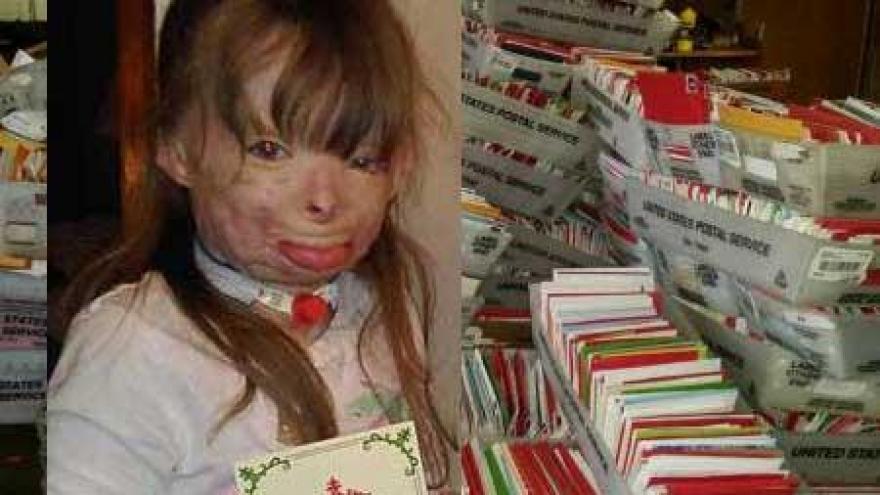 The 8-year-old girl who wanted Christmas Cards to fill a tree has received 185,000 cards and over 4,000 packages, according to a post shared on Safyre Schenectady’s Super Survivor Facebook Page.

In addition, her and her family will be going to Disney World, Sea World, Universal and Legoland thanks to a donation from Baking Memories 4 Kids.

She was severely burned and lost her father and three younger siblings in a fire caused by arson in 2013, according to The Daily Gazette.

In a Facebook message to The Daily Gazette this morning, Sa’fyre’s aunt and caretaker Liz Dolder said everyone has been moved by the response.

“It’s so overwhelming yet so beautiful that people from all over come together to make a difference in her holiday,” Dolder wrote, noting all the horrible things happening in the world today. Such a response, she said, “renews your faith in humanity.”