18-Year-Old Identified Who was Found at The Rave 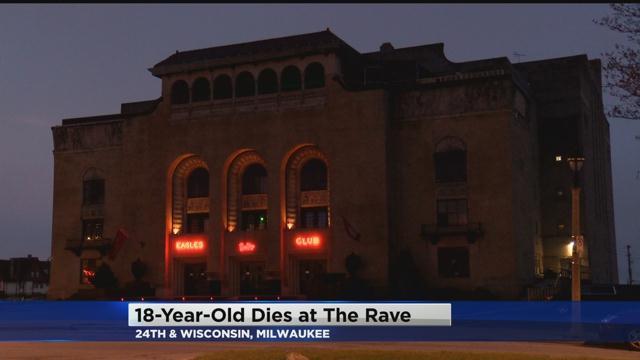 UPDATE:  According to the Milwaukee County Medical Examiner's Office, Kara Starr died at the Rave on Sunday.

Starr was seizing at the Rave. A toxicology screen at the hospital came back positive for amphetamines and cannibinoids. According to the ME's report, Starr told her boyfriend she had taken "Molly."

Her father told the medical examiner that she used marijuana frequently, and was up in Milwaukee for a concert on Saturday.

Her father, also, told police they had drug tested her after viewing some concerning text messages on her phone.

18 year old, Kara Starr came to the Rave to party, took a molly, and couldn't recover. Her parents drove to the hospital but she was already gone.

Medical experts say this drug is popular in clubs. Sara Schreiber, at the Milwaukee County Medical Examiner's Office is familiar with the club drug 'molly' but rarely sees a death from it.

Sara Schreiber, Forensic Director Milwaukee County Medical Examiner says, "This is a stimulant so it's going to effect the body in a different way, it's going to be more cardio toxic so it will affect the heart, these can also affect the liver and kidney."

As a forensic director, she says she's only seen one other death in the last three years from the drug in Milwaukee County. A 'molly' is often referred to as a club 'love drug.' It often has MDMA, the active ingredient in ecstasy.

"They were pressed into what looks like a pill, they had a unique identifying symbol that could be traced back to the manufacturer if you will."

But like any drug on the street, Schreiber says, buyer beware, the consequences can be deadly. She says in the last ten years the drug has been added with other toxic substances.

"Recent submissions of drugs are seeing bath salts or synthetics that are in the drugs themselves."

ORIGINAL: An 18-year-old female from Illinois woman died at 4:58 a.m. after she was found unresponsive at 2 a.m. at The Rave on 2401 W. Wisconsin Ave., the Milwaukee County Medical Examiner's Office confirms.

Initial reports from the Medical Examiner's Office are reporting that the woman possibly ingested "Molly's" before going unresponsive. She was transported to the hospital, but was pronounced dead at 4:58 a.m.

Molly is another name for ecstasy, a popular drug used at some concerts.