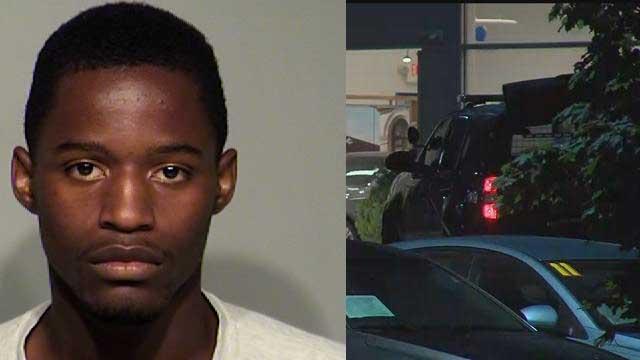 A 17-year-old has been charged after allegedly driving a stolen car from Racine Hyundai on July 13.

Deonte Weathers has been charged with operating a motor vehicle without owner’s consent.

He faces up to 3 years and 6 months in jail.

Someone threw a brick and drove two cars out of the showroom.  Right after a showroom garage door became broken glass, a Mount Pleasant police officer saw two cars racing.

The Hyundai was the 4th break in in 9 days along highway 20 here in Racine County.

All have done the same thing. Break the glass in the showroom and drive away.

On the same day, two officers in Milwaukee were on patrol with they observed a 2016 blue Hyundai Accent with no plates traveling north on North 75th Street.

The driver of the vehicle was allegedly Deonte Weathers.

Weathers allegedly noticed the squad car and accelerated and drove onto a dead end and up into a front yard.

The officer attempted to place the car into park, the car rolled backward causing him to be partially run over by the vehicle as it travelled backward down the hill.

The officer was dragged backward by the vehicle.

All four individuals were caught after running.

Weathers told police that Tayvreon Forest purchased the car for $50 and he figured it was stolen.