17 Arrested for DUI in Milwaukee during Memorial Day Weekend 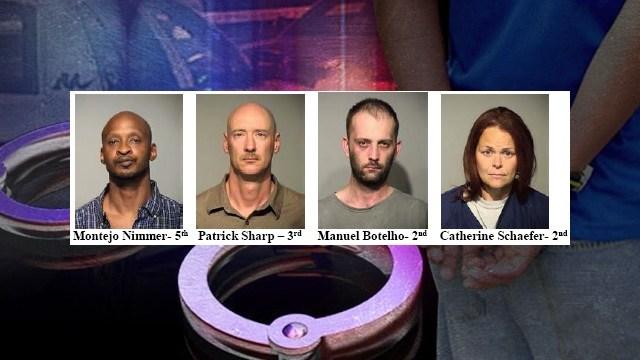 Milwaukee County Sheriff's Office increased patrols during the Memorial Day weekend to ensure that the freeway, lakefront and parks were free from crime and disorder. Coinciding with this weekend’s enforcement operation, the Sheriff's Office “Operation Drive Sober” campaign was also deployed targeting impaired drivers on our freeway system and roadways in surrounding municipalities.

On Saturday, May 28 at 12:08 AM, a deputy observed a vehicle speeding, tailgating, and deviating lanes on I-43 northbound at Locust Avenue and stopped the vehicle at Hampton Avenue.

Montejo L. Nimmer, 41-years-old, of Milwaukee, said that he had a few drinks at his cousin's house. Nimmer was uncooperative, and tested a .22 on the PBT. His prior convictions were in August 1999, March 2001, February 2010, and September 2013. If convicted of this felony DUI-5th offense, Nimmer faces up to six years in prison.

On Monday, May 30, a deputy responded to a 911 call about a possible drunk driver traveling I-94 westbound at N. 35th Street. The 911 caller was able to follow the vehicle to the intersection of Miller Parkway and National Avenue where the deputy began following and stopped the vehicle at 40th and Burnham.

Arnulfo Reyes-Nunez, 28-years-old, of Milwaukee, was arrested for first OWI with minors under the age of 16 inside vehicle. Three children ages three, five and nine, were in the car. Reyes-Nunez tested a .08 on the PBT, and said he’d had three or four beers at a party. The children were taken home by a deputy, along with their mother. If convicted, Reyes-Nunez faces up to six months in jail.