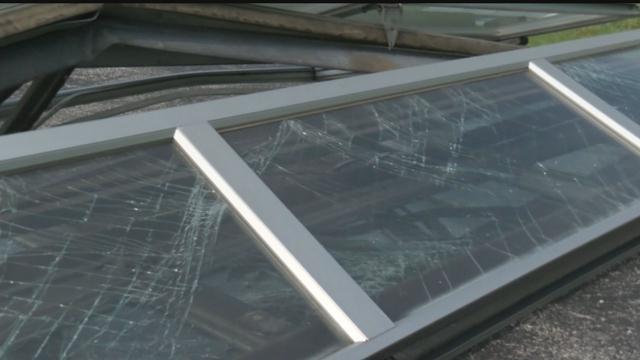 On Monday, July 11 in the early morning hours a Mt Pleasant Police Officer observed two vehicles traveling West bound on Highway 20 at a high rate of speed. When the officer attempted to stop the vehicles the operators refused to stop and fled from officers. MPPD officers pursued the vehicles and were joined by the Wisconsin State Patrol and the Sheriff’s Department. The pursuit was terminated at the Milwaukee county line due to high speeds and risk of injury to those involved.

Soon after this pursuit ended, officers discovered that the Hyundai auto dealership located in Sturtevant, WI had been burglarized. It was determined that the vehicles stolen from the dealership were the same vehicles pursued by police shortly before this finding. Mount Pleasant Police Evidence Technicians assisted a Sturtevant officer in processing the scene for evidence.

On Wednesday July 13 MPD advised that one of the stolen vehicles from the Hyundai Burglary was recovered by a MPD officer in Milwaukee. MPD arrested a 16-year-old male suspect associated with their incident. This suspect was transported from MPD to the Mount Pleasant for questioning. This suspect was believed to be one of several juvenile suspects connected to the recent dealership burglaries that had been occurring in Mount Pleasant, Sturtevant, and other jurisdictions in and around the Milwaukee area.

MPPD Detectives obtained evidence implicating this 16-year old suspect and other suspects in several of the burglary incidents in Mount Pleasant as well as the Hyundai dealership burglary in Sturtevant. The 16-year-old male suspect was arrested and held on felony charges. These charges were referred to the Racine County District Attorney’s Office.

Information is also being shared with Milwaukee area Police Departments that have experienced similar crimes. This investigation by MPPD and MPD continues to be active.