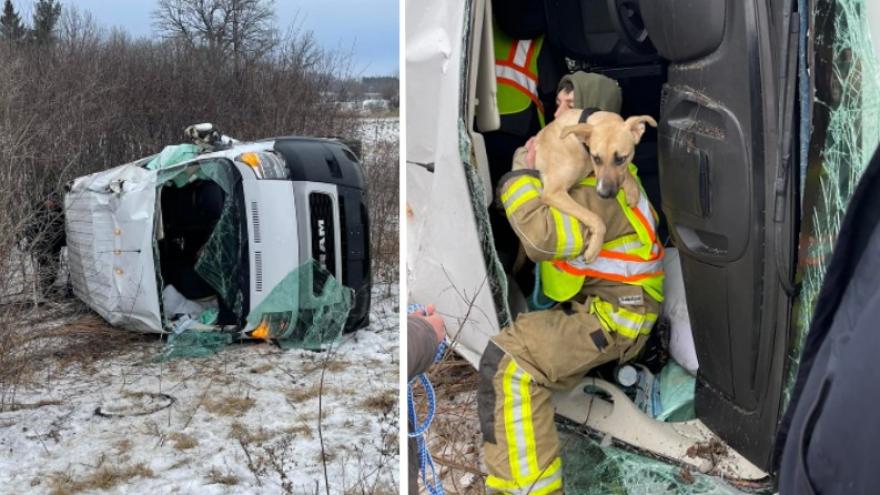 The Big Bend Fire Department responded to the crash just north of State Highway 164 around 7:55 a.m.

Officials say the van was transporting the dogs from Austin, Texas to the Washington County Humane Society.

The driver of the van suffered minor injuries in the crash and was taken to a local hospital for treatment.

The Washington County Humane Society responded and all 16 dogs were checked and had no apparent injuries. They were transported back to their facility for care.

The cause of the crash remains under investigation by the Waukesha County Sheriff's Department.