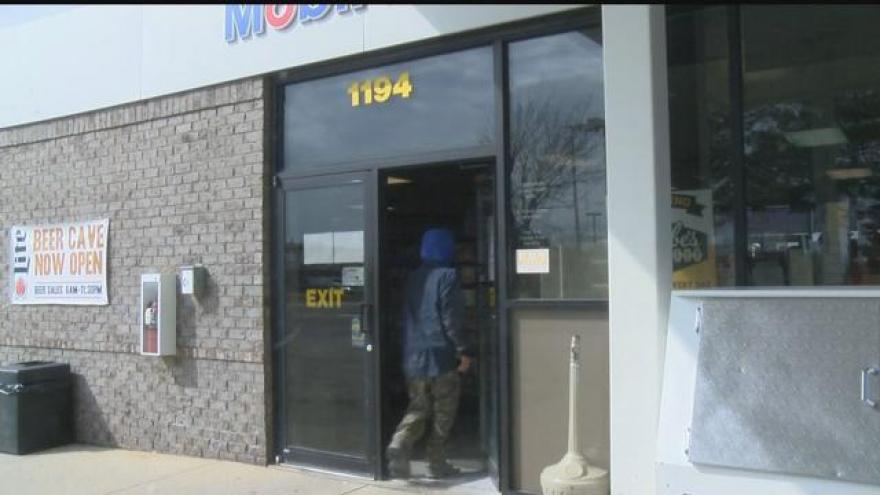 The winner matched five out of five numbers plus the Powerball. Wednesday's winning Powerball numbers were 2, 9, 27, 29 and 42 with a Powerball of 9. The Power Play number was 2.

The jackpot ticket is worth $155.2 million when paid out as an annuity, or $93.1 million as a lump sum cash payment.

The lucky winner purchased their ticket at Pewaukee Corner Pump at 1194 West Capitol Drive in Pewaukee. Retailers who sell winning tickets over $599 receive an incentive of 2 percent of the winning ticket amount, up to $100,000.

The convenience store proudly had a sign in the window sharing the news about its luck.

Winners at all prize levels have 180 days from the drawing to claim their prizes. A winner of $155.2 million must claim their ticket in person at the Wisconsin Lottery's office in Madison.

This is the 16th Powerball jackpot ticket sold in Wisconsin since the game was introduced in April of 1992.

This will be the second largest prize awarded to a Wisconsin winner. The largest was a ticket worth $208.8 million sold in August of 2006 to a group of 100 individuals who called themselves the Miracle 100. That ticket was sold at Ma and Pa Grocery in Fond du Lac.

The last Powerball jackpot winner from Wisconsin was Doug Miron of Marinette. He won $31.4 million on October 14, 2009 on a ticket he purchased at City Limits in Marinette.