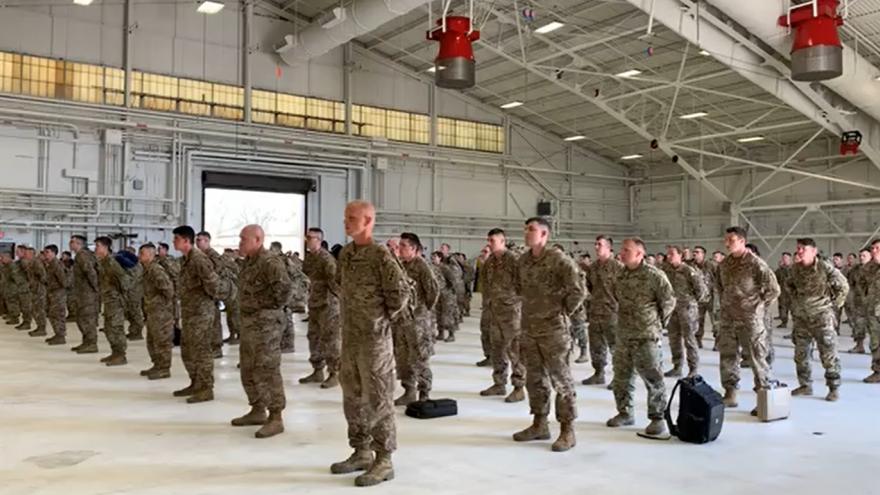 Due to restrictions stemming from COVID-19, a traditional homecoming ceremony was not possible.

The returning troops are among those identified as part of larger drawdown of troops in Afghanistan announced earlier this year. They landed at Fort Hood, Texas earlier this month, where they completed post-mobilization requirements before returning to Wisconsin.

Senior leaders from the Wisconsin National Guard will greet the Soldiers when their plane arrives. The troops will then return via bus to local Wisconsin Army National Guard armories in Eau Claire, Abbotsford, Menomonie, New Richmond, Rice Lake, Arcadia, Onalaska, and River Falls, where their families will greet them.

According to a news release, the group represents only a fraction of the nearly 400 “Red Arrow” Soldiers that originally mobilized for deployment to Afghanistan in July 2019. The remaining 250 Soldiers continue operations in Afghanistan in support of the Army’s 3rd Security Force Assistance Brigade – or SFAB – and are expected to return in accordance with the mobilization’s original timeline.

The 128th mobilized in July 2019 to replace their fellow Red Arrow brethren – the 2nd Battalion, 127th Infantry – in Afghanistan.