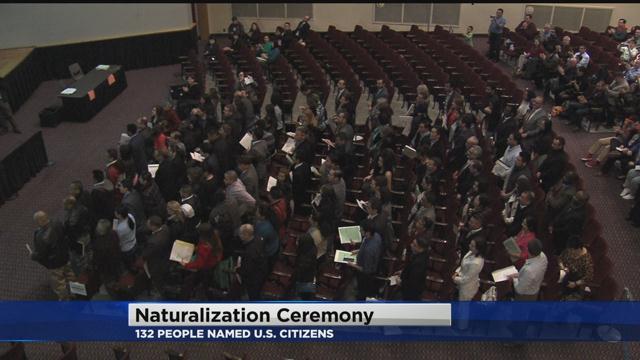 More than 100 people can say they're now American citizens after a naturalization ceremony in Milwaukee on Thursday.

From 53 different countries there were 132 people that took the "Oath of Allegiance" to become US citizens at MATC's Cooley Auditorium.

For some of the new citizens this has been a long journey.

The ceremony included welcome messages from US officials including President Barack Obama.