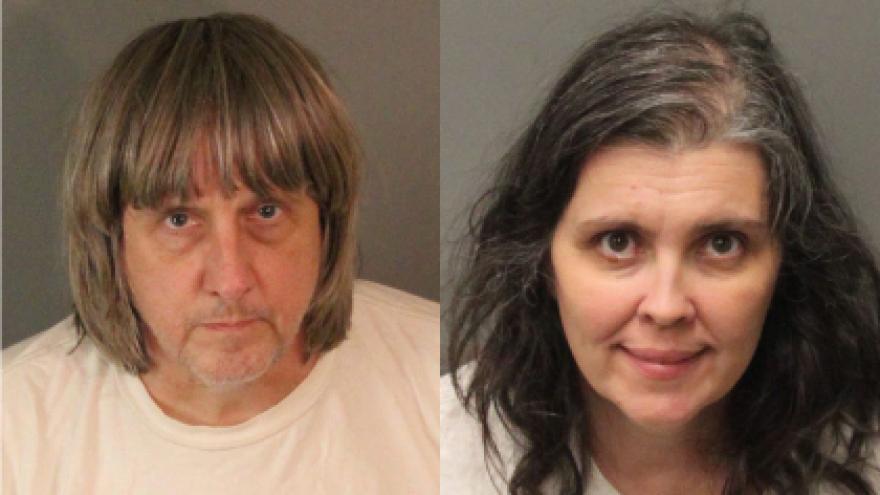 (CNN) — Two California parents were arrested after authorities found a dozen children and adults shackled to beds with chains and padlocks in their home, officials said Monday.

The 13 victims held captive in the home in Perris, California range in age from 2 to 29, the Riverside County Sheriff’s Department says.

Authorities started investigating after a 17-year-old girl managed to escape from the residence on Sunday and called 911. The girl claimed her 12 brothers and sisters were being held captive inside the home by her parents, the Riverside County Sheriff’s Department said.

David Allen Turpin, 57, and Louise Anna Turpin, 49, face charges of torture and child endangerment. Bail was set at $9 million for each.