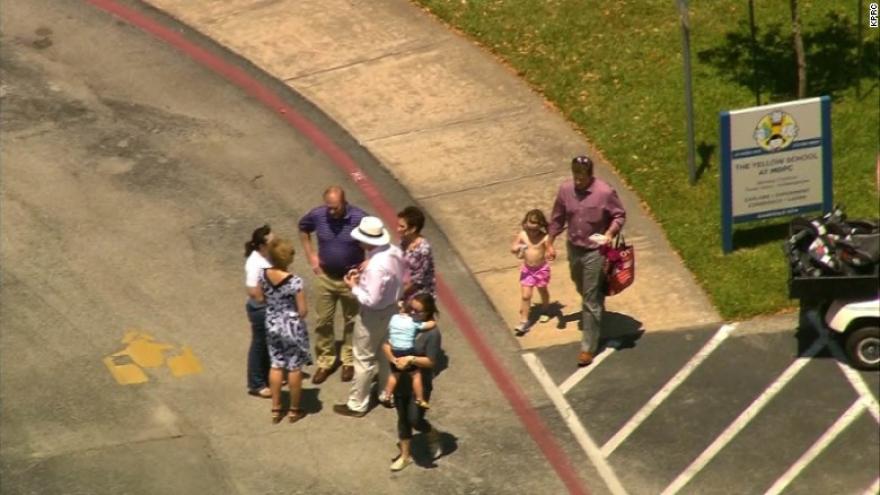 (CNN) A teacher in Houston was trying to show a preschool class how flames change color when her science experiment went terribly wrong.

The teacher was using chemicals to change the colors of a flame she had lit when the mixture suddenly erupted, a fire official said.

Twelve students were injured, most with minor burns and seven were rushed to Children's Memorial Hermann Hospital, according to CNN affiliate reports.

"Fire was changing colors and the last one wasn't working, so we put in a little bit more, and then it exploded," 5-year-old Kate Earnest told CNN affiliate KTRK. "That's how the other kids got burned, and they were crying."

The teacher, who has not been identified, mixed boric acid and methanol and tried to light it without success, Chief David Foster, with the Village Fire Department told CNN affiliate KPRC. So the teacher added more alcohol and lit the mixture, and a chemical flash occurred, Foster said.

All the children were released to their parents Tuesday night and the Village Fire Department is investigating.

"It was an experiment that went wrong," Bob Giles, business administrator at the church, told KTRK. "There was a brief moment of flame and it was put out fairly quickly."

"This incident will be investigated swiftly and thoroughly, and we will keep the congregation up to date as more facts emerge," said the Yellow School in a statement. "Our primary concern is the health and safety of our children, and The Yellow School asks for your prayers for the injured and their families, as well as staff and students."

The Texas Department of Family and Protective Services said its child care licensing division also is investigating the incident.