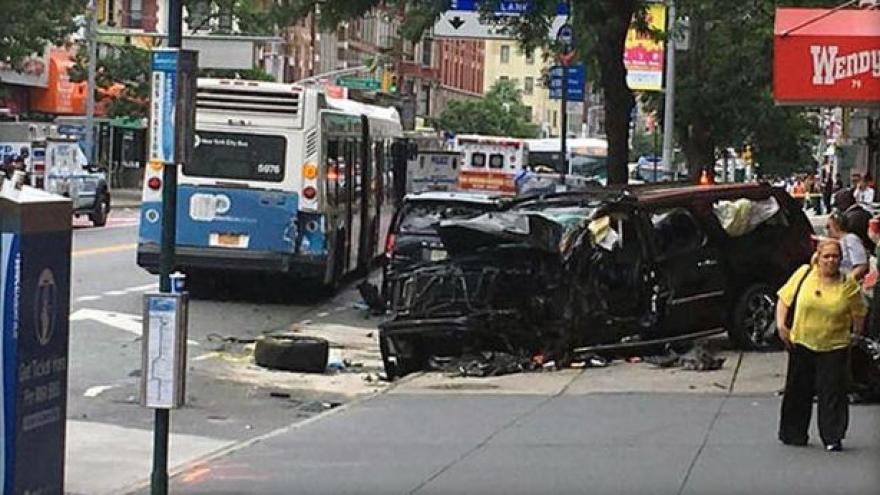 (CBSNews) -- At least 12 people were injured Saturday afternoon when an SUV struck pedestrians in Harlem, CBS New York reports. The extent of the injuries are immediately unclear.

First responders told the station that the incident does not appear to be terror related.

NYPD and FDNY crews responded to the incident near the corner of Park Avenue and 125th Street just after noon.

Police said a 58-year-old man was driving a Cadillac Escalade westbound on 125th when he rear ended a Metropolitan Transportation Authority bus, mounted the sidewalk, and struck two pedestrians.

Two of the injured are believed to be in serious condition, authorities said.

The NYPD Collision Investigation Squad is on scene probing the cause of the crash.

A man who works nearby at the UpTown Wine & Liquor store told WABC-TV that he saw the SUV strike the back of a city bus. He said the van then careened onto the sidewalk and hit several pedestrians.

Police sources told CBS New York the driver of the Escalade works for Uber and has a medical condition which caused him to hit the gas and strike the back of the bus between Park and Madison Avenues.