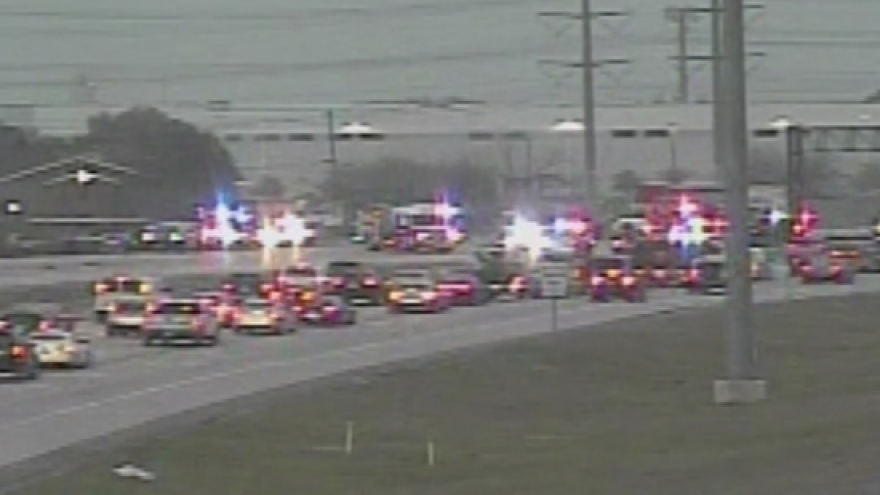 IRVING, Texas (CBSDFW.COM) – An 11-year-old boy walking to school was hit and killed by a car on Highway 161 in Irving early Tuesday morning.

Irving Police stress they are still investigating and have yet to answer why the student, who lives at a nearby apartment complex, wasn’t riding the bus.

According to a police department news release, several drivers called 911 after seeing a pedestrian struck by a vehicle in the southbound lanes of the highway between Northgate and Rochelle.

The driver of the vehicle stopped and immediately called police; but, there was nothing anyone could do.

Irving school officials declined to confirm which school the student attends, citing respect for the family; but, called the death a “tragic loss.” Counselors will be made available for classmates who need support.

Police described the crash site as “horrific” and made preliminary notification to the boy’s family based on items recovered from the scene. Family members and friends could be seen embracing and crying in the apartment complex parking lot Tuesday afternoon. Neighbors say their hearts are hurting for the family.

Another neighbor, Sushma Thapa shared how the young boy had visited with her a day earlier, his interest piqued by a pretty ankle bracelet worn by her toddler daughter.

“He was talking five to ten minutes right here,” said Thapa. “No, not him.”