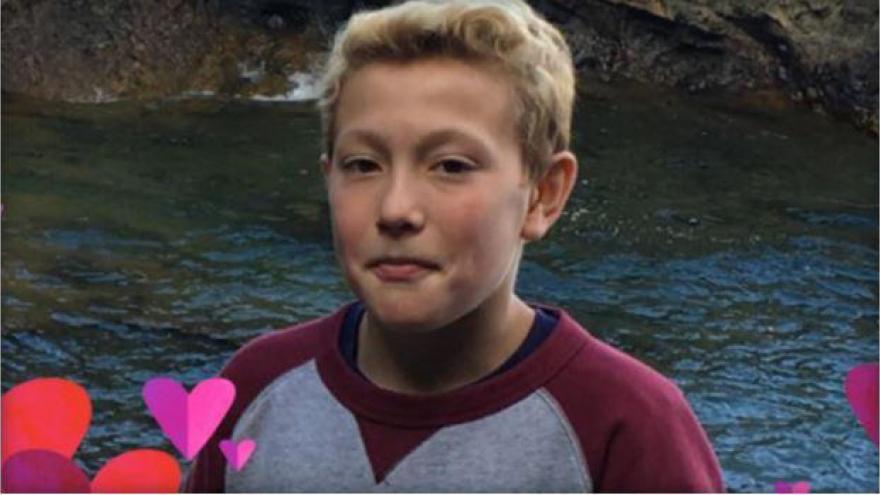 (CBS) A mother is speaking out about the tragic death of her 11-year-old son, who, she says, decided to end his own life as a result of a cruel “social media prank.”

The boy, Tysen Benz of Marquette, Michigan, died Tuesday at the University of Michigan Hospital in Ann Arbor after spending three weeks on life support following a suicide attempt on March 14.

His mom, Katrina Goss, told CBS News on Thursday that her son was “manipulated” and “pranked” by a 13-year-old girl, who is not being identified because she’s a minor.

“She told him she was going to kill herself and used other friends’ social media accounts to put forth further fake proof that she did so,” Goss claims. “He even said he was going to kill himself and she didn’t make any attempt to call me or someone else to try to stop him. [His death] should never have happened.”

Now the heartbroken mom is speaking out so both children and adults understand the potential danger of social media.

“Please monitor all of your children’s technological device usage,” Goss said as a plea to parents. “It is not an invasion of privacy. It is imperative to know what they are doing and to whom they are socializing with.”

Goss, who disapproved of Benz’s relationship with the older girl, said she repeatedly requested that the girl stop contacting him.

“I even messaged the parent and aunt to no avail,” she said.

The Marquette Police Department confirmed there was an ongoing investigation into Benz’s death. However, any criminal charges would come through the Marquette County Prosecutor’s Office. A spokesman for the prosecutor’s office told CBS News they could not provide any further comments on the case at this time.

Public radio station WNMU-FM reports the Marquette County Prosecutor’s Office authorized charges for the juvenile suspect of malicious use of telecommunication services and using a computer to commit a crime.

“I greatly hope they give her the maximum charges possible,” Goss said. “It was a calculated act and she needs to be held responsible.”