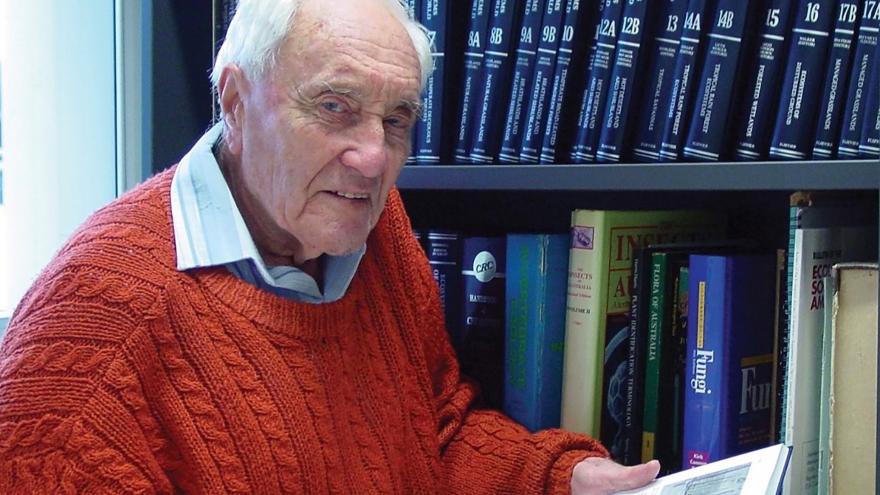 BASEL, Switzerland (CBSNews) -- A 104-year-old Australian man ended his own life by way of assisted suicide in Switzerland on Thursday, a day after cheerily singing a few bars from "Ode to Joy," to the tune of Beethoven's Ninth Symphony, and telling reporters the controversial procedure should be more widely available and not viewed only as a last resort for the terminally ill. As sanguine as David Goodall sounded on Wednesday, the British-born biologist's death has some people in the country where he came to die questioning if they want it to be known as the ultimate final tourist destination.

Assisted suicide is legal in Switzerland, but frowned upon by many doctors and some others who say it should be reserved for the terminally ill. Goodall's supporters want the practice to be more accepted as a legitimate choice for elderly, ready-to-go people like him.

Staff at the hospital in Basel were quoted by Britain's Sky News as saying Thursday that he had "gone in peace."

Hundreds of people, many of them cancer patients, come to the small Alpine country each year to take their lives with help. But Goodall wasn't sick. He just had some vision, hearing and mobility troubles common with advancing age.

Life Circle, a small assisted suicide advocacy group based in Basel, provides aid in a minority of cases like his. The group and an outside organization, Exit International, helped Goodall achieve his wish and tried to show that it would be reasonable if others who are comparatively healthy but extremely old wanted to end their lives, too.

Swiss law currently allows assisted suicide for anyone who acknowledges in writing that they are taking their lives willingly -- without being forced. The decades-old legislation that authorized the practice also says, somewhat vaguely, that people who help others to die cannot do so for "selfish" reasons.

But Swiss critics of broader use are uncomfortable with the idea of Switzerland becoming an international hub for assisted suicide. Ethicists at a leading Swiss medical association oppose assisted suicide for anyone besides people with terminal illnesses.

Basel City Councilwoman Annemarie Pfeifer, a leading critic of Life Circle, fears that widening assisted suicide beyond the terminally ill could one day lead to "pressure" being exerted on the infirm elderly to end their lives.

"We must be very careful with life," she said. "It's not good for my city if Basel has a reputation as a city of death."

Still, the medical association is contemplating whether to ease its reservations about making assisted suicide an option for anyone besides the terminally ill, such as by possibly accepting that frail elderly people - like, say, willing people over age 80 - could take part.

Goodall and other supporters of assisted suicide have said other countries should legalize the procedure so people in very poor health as well as those who ready to die don't have to travel to Switzerland. They bemoan possible alternatives such as sudden, solo suicides -- often without proper goodbyes to loved ones.

Goodall had bid farewell to relatives in Australia and France already. Other family members were expected to be on hand for his assisted suicide on Thursday outside Basel.

On Wednesday, surprised by the turnout, the centenarian told a crowded news conference that he was ready to go -- possibly by lethal injection, but that he'll defer to the doctors on the method.

Just before he died, he quipped that if he were to choose any final music for the procedure, it might be Beethoven's Ninth Symphony -- he then sang a few bars in German for the cameras. He ruled out a return to his beloved Australian countryside.

"At my age, and even at rather less than my age, one wants to be free to choose the death and when the death is the appropriate time. My abilities have been declining over the past year or two, and my eyesight for the past five or six years, and I no longer want to continue life," Goodall said. "I am happy to have the chance tomorrow to end it."

The Swiss federal statistics office says the number of assisted suicides has been growing fast: Nine years ago, there were 297. By 2015, the most recent year tabulated, the figure had more than tripled to 965. Nearly 15 percent of the cases last year were people under 65 years old.

Goodall is not religious. But it happens that he died on Ascension Day, which commemorates Jesus' rise to heaven after final death -- a coincidence not missed by some in predominantly Christian Switzerland.