100,000 Diapers Swiped from a Diaper Bank for Low-Income Families; Companies Stepping in to Help 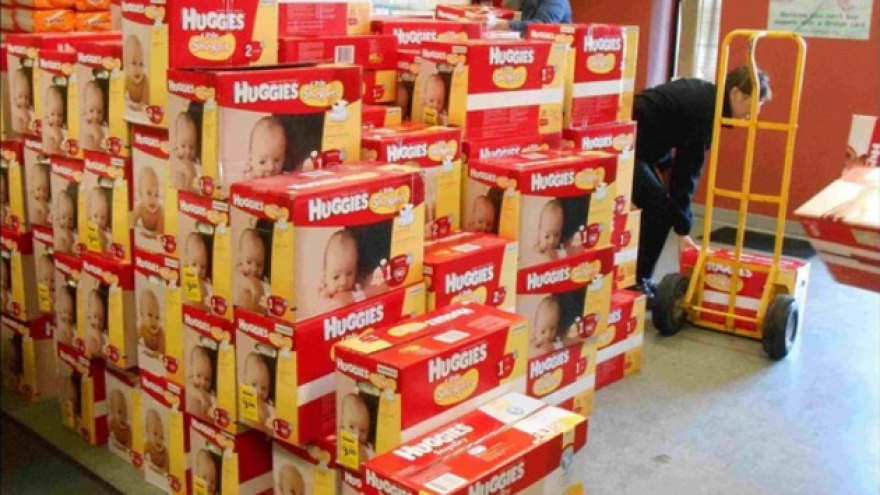 After hearing about the 100,000 diapers stolen in Fox Crossing, Amazon donated the same amount of diapers Thursday afternoon to that diaper bank.

Kimberly-Clark, the maker of Huggies brand diapers, said it will also make a donation of 100,000 diapers and 200,000 baby wipes to the Fox Cities Diaper Bank.

Kimberly-Clark says that they were saddened to hear that diapers were taken from the United Way Fox Cities Diaper Bank and wanted to make up for the loss. So, they said they are proud donate the diapers and wipes as part of its commitment to ensuring every baby gets the hugs they need to thrive.

An estimated 100,000 donated diapers were stolen from the Fox Cities Diaper Bank in Fox Crossing.

Police say that the diapers were for babies from low-income families.

The 1,777 cases of diapers were said to be stolen from January 3 to February 13.

Authorities continue to investigate the incident. If you have any information, you are urged to contact police.