$10,000 under the tree: A Mosinee teenager wins the lottery for Christmas 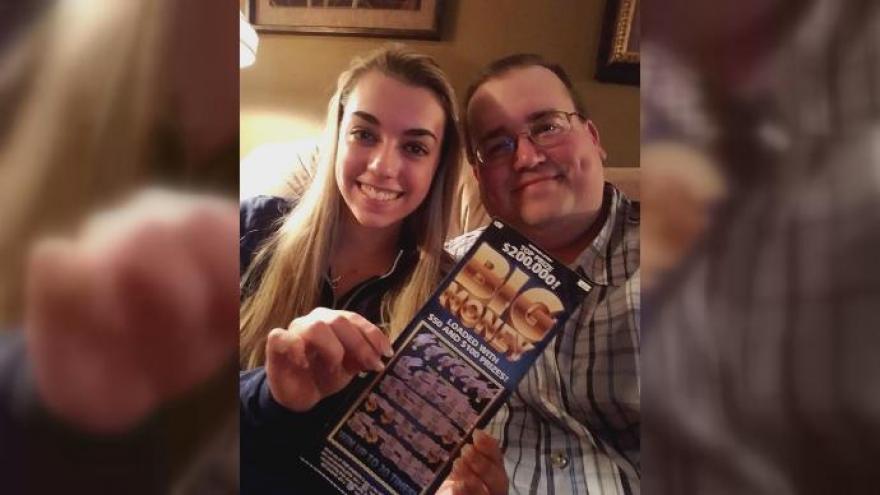 MOSINEE, Wis. (WSAW)- It was a $10,000 Christmas surprise for Adriana Reed when she opened a scratch off from her uncle and discovered more and more numbers that were matching.

"I definitely look at my uncle and I'm like, this has got to be fake," Reed said.

This was not a prank. Reed's Uncle Ronnie Ryczek bought the ticket at a local Kwik Trip and said he thought Adriana would win something saying she seems to be "lucky."

"Anything can happen, the odds were one in 70,000, so I feel like I defied the odds a little bit there," Reed said.

In a video,her uncle and entire family can be seen cheering her on as she counts $10,000 worth of numbers from the card.

"How many people actually got to wrap 10 thousand dollars and give it to somebody? It's just a little piece of paper," Ryczek said.

The pair went down to Madison Thursday to claim her winnings, and Reed says she's planning to spend some of the money to say "thank you" to her uncle. "I think I'm definitely going to take my uncle out on a trip or a buffet or something," Reed said.

Now, with a nice dinner in his future, Ryczek just has to figure out how he's going to top this present next year.