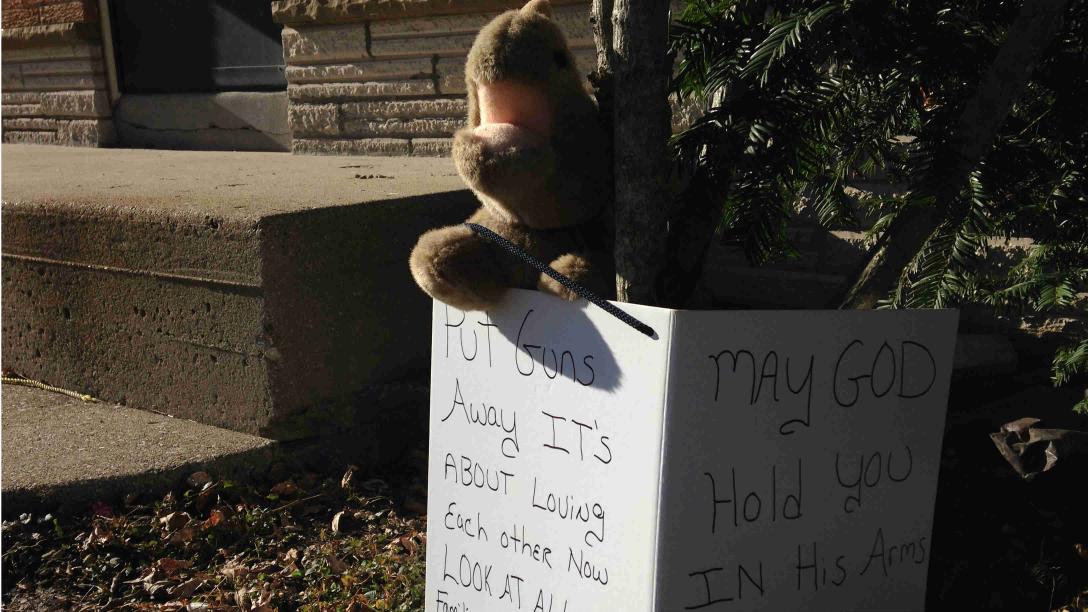 Staring at 28 bullet holes and a makeshift memorial for his 1-year-old cousin, Chee Thao stood in shock Sunday morning.

"For him being so young, you don't even want to believe it that it happened," Thao said.

Saturday night, 1-year-old Bill Thao was in a family member's home near 73rd and Mill Road when someone shot dozens of bullets into the house.  Emergency crews took the child to the hospital, but he later died.

Chee Thao was in his bedroom next door when he heard the shots.

"[It] opens your eyes about that kind of situation," Thao said. You don't really want to live here anymore if that kind of things happen."

"That baby paid for somebody else's mistake that he didn't have to pay for," Lisa Bullock said.

Bullock works in a group home across the street. She wouldn't show her face on camera, but says she moved to this area to get away from violence.

Neighbors say the street is usually pretty quiet, but lately there have been robberies, suspicious activity and gunfire.

"If we determine that this situation is connected to one of those crews we called in, they will feel the full force of law enforcement," Assistant Chief James Harpole said at a press conference near the shooting scene Sunday.

Milwaukee police say they met with known gang members earlier this month at a youth center just three blocks away.

"All those individuals had to do is raise their hand or privately later on say, 'I want out,' and we'll help you out," Harpole said. "Because we'd rather get you out of this situation than arrest you or pick you up off the pavement because you become the next victim of a crime."

Police didn't say whether anyone took their offer, but Bullock thinks it's a lost cause.

"They don't care about another person's life, it's just what they want at that time," Bullock said.