KENOSHA COUNTY, Wis. (CBS 58) -- The Kenosha County Sheriff's Department says two men kicked in the front door of a home on 71st Street in the town of Wheatland around 10:30 p.m. Thursday night and opened fire.

The suspects are 20-year-old Markeith Wilson of Racine and 17-year-old DeMarco Hudson of Racine. Wilson opened fire killing the renter 23-year-old Joseph Riley, and injuring a woman inside the home. 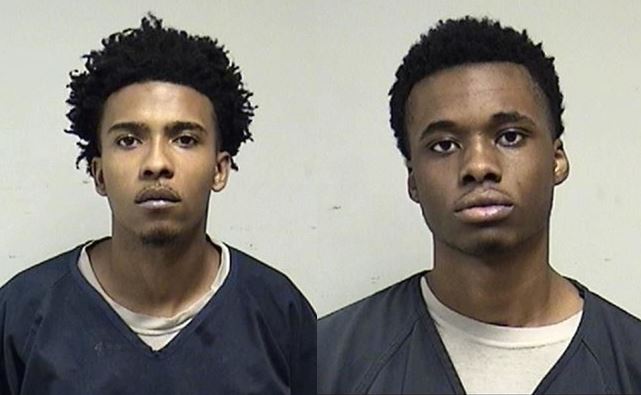 The renter fired back at the suspects before he died and they were both hurt. The two then got into a car with one or two other people and took off. The two injured suspects were dropped off at a BP gas station in Paddock Lake where the cashier called 911.

Sheriff's deputies later arrested Wilson and Hudson. Deputies are still looking for the other people in the black four-door car. Officials say they believe drugs played a role in the shootings and it's a big problem in the county.

"Drugs don't know any boundaries. We know that between Chicago and Milwaukee, it's a thoroughfare for drugs. it's probably one of the biggest thoroughfares and I'm sure hundreds of millions of dollars of drugs travel up and down our interstates and our roads through Kenosha County between the two so, it's something we've always taken seriously," Kenosha County Sheriff David Beth said.

In total, four people were in the home Thursday night. Sheriff's Officials are trying to get in touch with another woman inside the house to get information. They say she is not considered a suspect.

KENOSHA COUNTY (CBS 58) -- One person is dead and three others hurt in shootings at two locations in Kenosha County.

Kenosha Sheriff’s Deputies were called to a home around 10:25 p.m. near 71st St. and 314th St. in the Town of Wheatland for a report of a shooting. Upon arrival, deputies learned a shooting occurred in the home and two people were hurt.

Shorty after, deputies were also called to a BP gas station in Paddock Lake for a report of two other people with gunshot wounds.

Of the four hurt, one person died. The surviving were taken to a hospital. The incident remains under investigation. Authorities are looking for a black four-door car that was seen at the gas station.