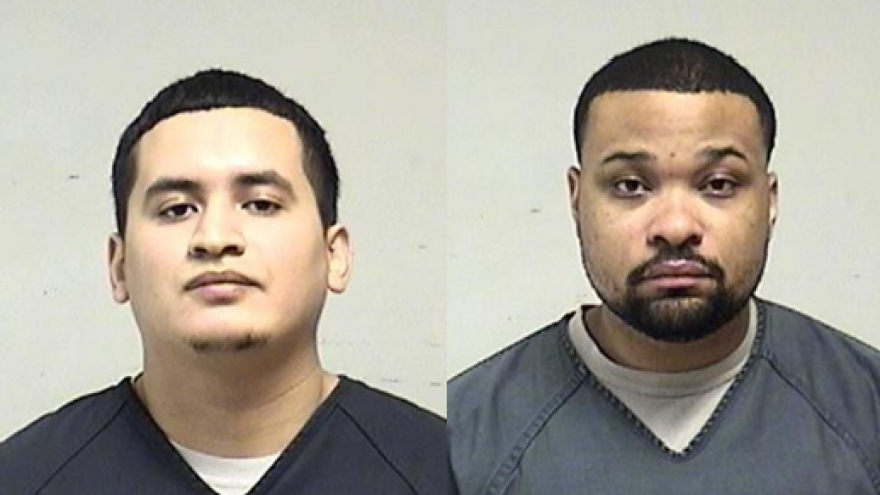 KENOSHA, Wis. (CBS 58) -- In less than 48 hours, Kenosha County authorities believe they have arrested all the suspects in the Wheatland homicide.

Twenty-year-old Augustine Jesus Sanchez and 23-year-old Anthony Lee Harris II, both of Racine,  have been taken into custody and are expected to be charged with First Degree Homicide.  The vehicle used in the shooting was also located and has been impounded for evidence processing.

While the investigation of the shooting will continue, authorities believe that all of the suspects in late night attack are now in custody.

On Friday, Kenosha County Sheriff  David Beth said the homicide does not appear to have been a random attack.   Instead, he said the residence appears to have been specifically targeted by the suspects.

Two other suspects, 20-year-old Markeith Wilson of Racine and 17-year-old DeMarco Hudson of Racine were arrested just after the shooting.

All four suspects are expected to make their initial appearance in Kenosha County Intake Court on Monday afternoon. The KSD Public Information Office will confirm the appearance on Monday morning.

The Kenosha County Sheriff's Department says on the night of November 15, around 10:30 PM, two men kicked in the front door of a home on 71st Street in the town of Wheatland and opened fire, killing the renter, 23-year-old Joseph Riley and injuring a woman.

Before he died, Riley fired back at the intruders, striking both.   The two got into a car with two other suspects and took off. The two injured suspects were dropped off at a BP gas station in Paddock Lake where the cashier called 911.   Sheriff's deputies later arrested Wilson and Hudson.

Officials say they believe drugs played a role in the shootings.