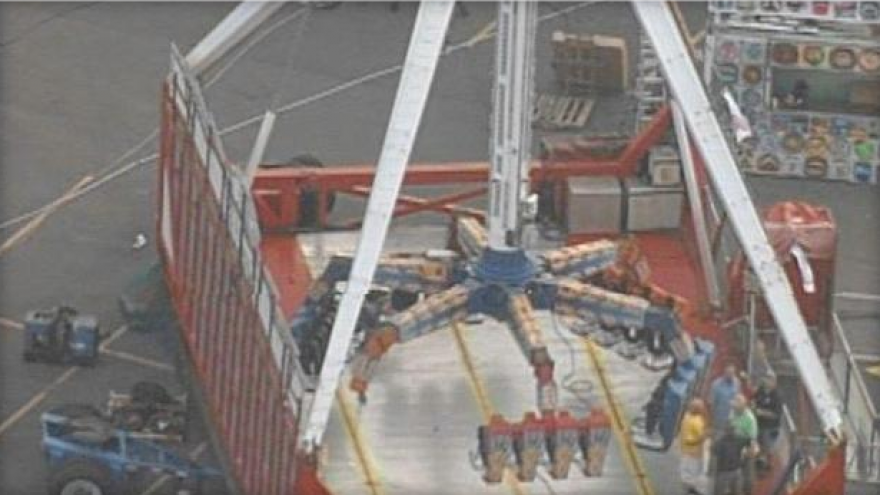 One person has died and several others were injured when a ride malfunctioned at the Ohio State Fair, according to CBS affiliate WBNS-TV, citing the Columbus Division of Fire.

The station adds that five of the injured are listed in critical condition; the other two are in stable condition.

Officials with the Ohio Department of Agriculture identified the ride as the "Fire Ball." 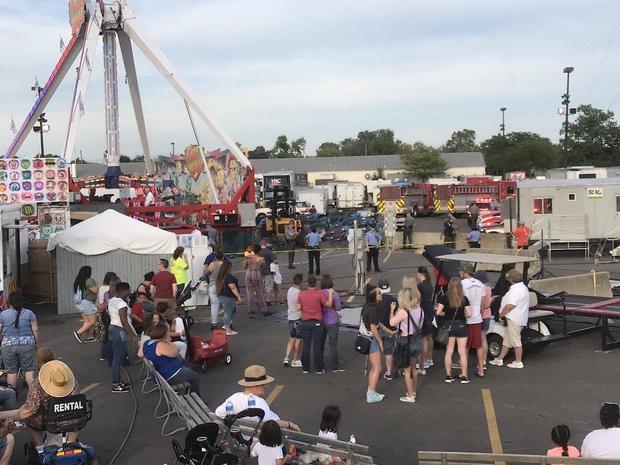 Some of the victims were thrown from the ride, Columbus Battalion Chief Steve Martin said.

Dr. David C. Evans, Trauma Medical Director at The Ohio State University, addressed the media later Wednesday night to say they are evaluationg patients at the hospital. He indicated that the injured suffered wounds after being ejected from the ride at a high rate of speed possibly 30 feet from the air.

Director of the Ohio Department of Agriculture David Daniels expressed his condolences Wednesday and vowed there will be a "complete review of all the rides" at the fair.

Ohio Gov. John Kasich also addressed the "terrible tragedy" Wednesday night. "It's a very very tough situation when you go somewhere to have a great time ... the fair is about the best things in life ... and with this accident it becomes a terrible tragedy."

Kasich said all the rides were shut down and said the ride in question was inspected multiple times before the fair's opening. "We will get to the bottom of this ... there will be complete transparency," Kasich added. Documents would be released on inspection records for the "Fire Ball."

"This is a very, very sad night for all of us," Kasich added.

Earlier, Gov. Kasich released a statement on Twitter saying that he is "terribly saddened by this accident, by this loss of life and that people were injured."

The Ohio State Fair kicked off Wednesday and was supposed to run through August 6, according to its website.

Ride inspections occurred on Monday, July 24, according to a report from WBNS-TV.

There was no immediate information about the ages or identities of the deceased or injured.