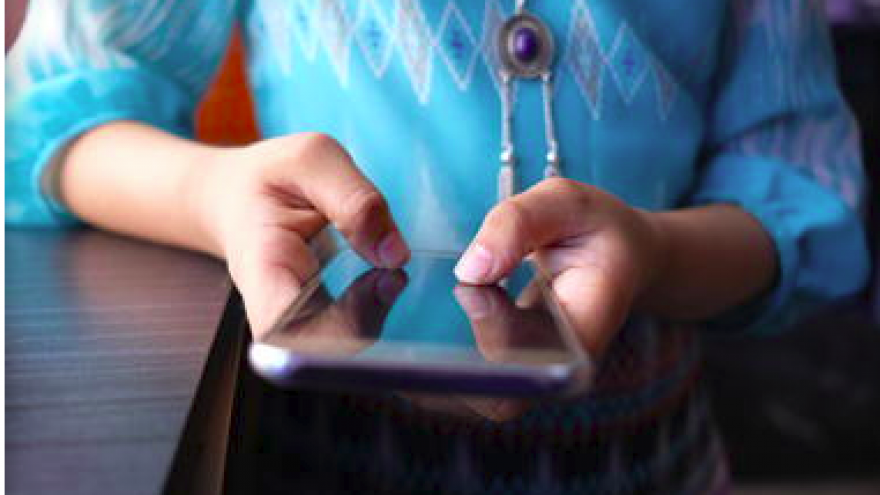 Police say the material -- featuring two 15-year-olds having sex -- could constitute distribution of child pornography even though 15 is the age of consent in Denmark.

Police spokesman Flemming Kjaerside says "young people know it can have huge consequences" to share such material, although he acknowledged they may not know it is a crime.

The case dubbed "Umbrella" was "very large and complex," said Lau Thygesen, another police investigator. The spreading of such material "must be stopped."

So far 1,004 people across Denmark face preliminary charges — a step short of formal charges. If found guilty, they face fines, jail or they can be banned from working with children for a decade. Police said it could also mean "problems" when it comes to entering the United States.

Kjaerside declined to give details about the couple saying they are "victims who have been filmed."

Talking about those who distributed the material, he added, "this is serious and it can have great consequences far into the future."

"People who send this around should ask themselves is this morally acceptable," he told the AP.

Made in 2015, the videos and photo had earlier circulated online, Kjaerside said. Last fall, they were shared through Facebook's Messenger chat platform, after which the social media informed U.S. authorities, which tipped off Denmark via Europol.

"We have picked 10 cases that we would like to test before the city courts," Kjaerside said. "With a little luck we may have it before city courts in a couple of months."