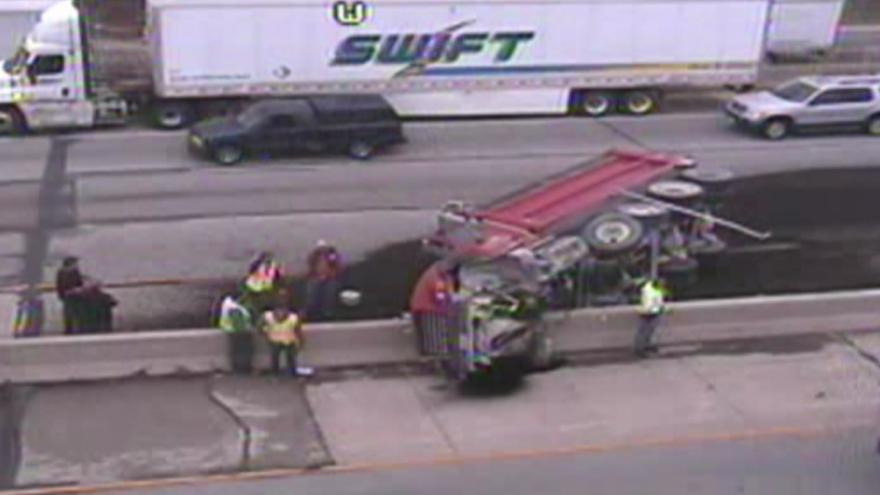 RACINE COUNTY, Wis. (CBS 58) – The State Patrol says a dump truck was going south on I-94 when the front driver’s side tire had a problem, causing a truck to hit the median and land on its side.

It happened Monday afternoon in Racine County. The truck’s load of top soil spilled and the front axle was knocked into the oncoming lanes, hitting at least one vehicle.

The truck driver had minor injuries.

All lanes were shut down for a brief period of time, causing a massive backup.