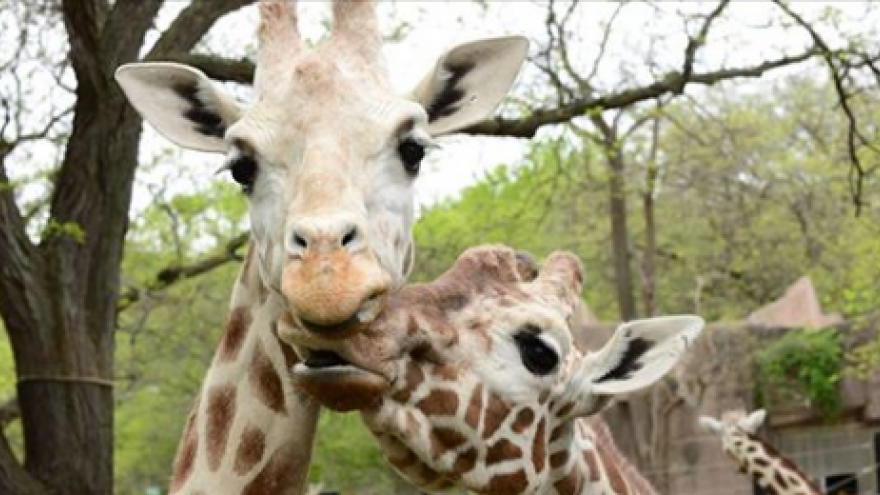 As bands of Hurricane Irma started making their arrival at Zoo Miami early Saturday morning, Diesel was led from his rain-soaked cage, walked a few feet into a nearby reinforced building and settled in next to another cheetah in their new temporary home with a hay-covered floor. Until Irma passes, that's where they'll stay.

"We're as ready as we can be," Zoo Miami spokesman Ron Magill said when the move was complete.

Such was the sentiment around Florida on Saturday, where zoos, theme parks, rescue centers and other places with animals were bracing for Hurricane Irma's arrival. Five dolphins were moved from the Florida Keys to Central Florida in advance of the storm, but most zoos and the like in the Miami area said they were trying to keep their animals in place and secure from whatever Irma will bring.

Hundreds of thoroughbreds were moved from low-lying areas of Gulfstream Park, near Miami, to other training facilities and barns farther north. Some animal shelters were relocating dogs and cats to safer facilities, and a humane society near Tampa said it needed temporary foster homes for more than 100 dogs — a necessary move since Irma's track was headed west toward the Gulf side of the peninsula Saturday.

"We live in a hurricane-prone area so our facilities are designed to accommodate these storms," said Brian Dowling, the general curator at Lion Country Safari in Palm Beach County — a facility with lions, chimpanzees, rhinos and more, all of whom stayed put for the storm. "Obviously, everything can't be hurricane-proof."

Many of the animals under the care of Dowling and his staff are taken to specially built pens, designed to hold up even if nearby buildings were lost in storms or tornadoes. Others are kept more in their usual day-to-day habitat, even with the gates chained open in some cases. The reason for that, Dowling said, is simple: the animals sense when things are going wrong, and raising their own stress levels can complicate matters.

"We allow those animals to decide where they want to go," Dowling said. "It actually reduces the stress level considerably. Their instincts tell them how to ride out the storm."

SeaWorld Orlando and Busch Gardens Tampa Bay will have workers on-site at all hours to care for and monitor the animals. SeaWorld also took in the five adult male dolphins from Dolphin Discovery in Duck Key, where officials said they will stay "until they can be safely returned to their home in the Florida Keys."

In Key West, when inmates were moved out of Monroe County Jail and relocated to Palm Beach County, residents from the county sheriff's animal farm — 250 animals that have been abandoned, abused, confiscated or donated — moved in. Officials said Saturday the jail cells are much safer for the animals than their regular farm quarters.

And it was not just in Florida: In Cuba, dolphins wrapped in wet towels were airlifted from the northern part of the island nation to a spot more out of Irma's expected wrath.

Regardless of what Irma does or where it hits, the storm is a reminder of what hurricanes have done to the state's ecosystem.

The damage from Hurricane Andrew in 1992 lingers in Florida's Everglades. The invasive Burmese pythons that researchers say have decimated populations of native mammals are believed to be descended from exotic snake breeding facilities in and around Homestead destroyed by Andrew's winds. Most of the exotic animals that wandered loose in Andrew's wake were recovered, but not the pythons.

The giant constrictor snakes thrived in the wetlands, where only very large alligators can challenge them. It's unknown how many pythons are in the Everglades — estimates range from 10,000 to 100,000 — but the evidence of their presence is the eerie, near-total absence of rabbits or other small animals reported by the hunters now paid by the state to kill pythons on public lands.

Given Zoo Miami's proximity to the Everglades, it was of the utmost importance to lock the facility down as much as possible as Irma neared.

"We needed to secure everything that could become a projectile: garbage cans, wheelbarrows, shovels, rakes, all that stuff, making sure the generators are functioning, getting the signage down," Magill said. "We have so many exhibits that need the oxygenation and life-system support for the filtration. We had to make sure all that was functioning."

So while zoos tried to keep a sense of normalcy, countless families who fled Irma brought their pets along for the ride. Miami-Dade County was looking Saturday for more animal-friendly shelters, with three already filled to capacity.

"Life first," said Miami evacuee Manny Zuniga, who had his wife, two kids, two dogs and a ferret with him on his trip to safety in Arkansas. "We'll worry about everything else after."