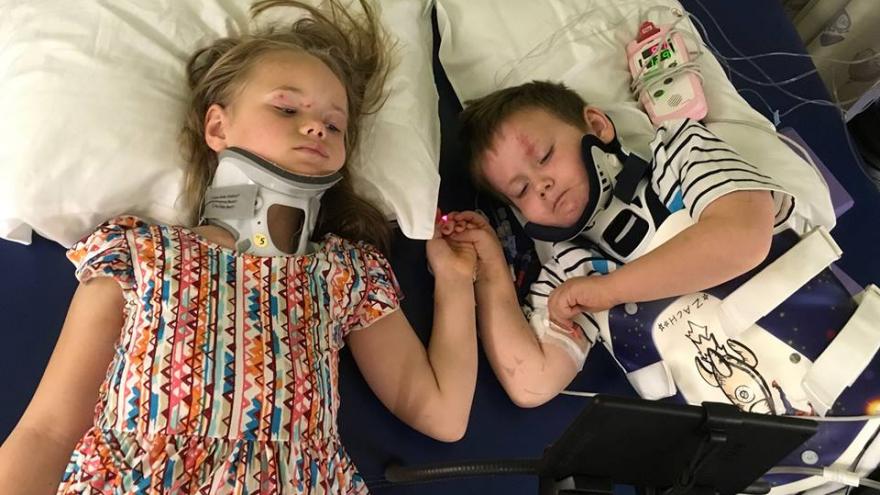 FORT WORTH, Texas — (WGNTV) Two Texas siblings were able to see each other for the first time this week after a crash killed their parents and baby sister earlier this month, KTXS reports.

Jim and Karisa Clemens and their 2-month-old daughter Juliana were killed on April 7 when their SUV was hit by another vehicle.

Family members this week said Zachary was able to “leave his bed and get into the wheelchair for the first time” to go see Angie.

Nicholas was treated and released from the hospital.