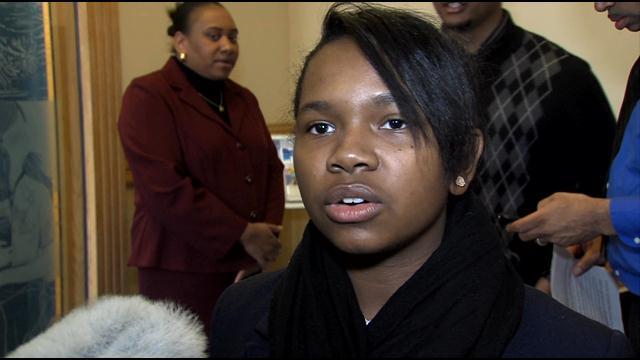 She lost her friend in a playground shooting.

Now Erica Lofton has become one of Milwaukee's most captivating advocates for peace.

With a composure well beyond her years, she testified before the Milwaukee Common Council's Public Safety Committee.

A short time later they voted in favor of declaring May \"Violence Prevention Month\" in Milwaukee.

Lofton and her friend, Sierra Guyton, both belonged to a group called \"Girls in Action.\"

It's that type of program community activists want the entire city to support and expand before the summer in order to steer young people away from violent influences.

Lofton spoke lovingly about Guyton and how the ten year old was a real leader in the group.

\"If she's gone  we need to raise up other children and potential leaders like Sierra was.\"

While now headed to the full council, the President of Change for Peace Alliance, Tracey Dent, says gun violence needs to be addressed as a public health issue with a commitment of money, not just words and votes.