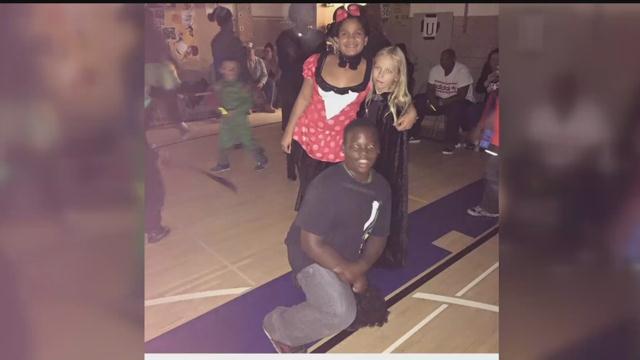 A Racine girl is being called a hero after she saved her classmates life who was choking during lunch on Thursday.

Neveah Russo says it started out like any other lunch period at S.C. Johnson Elementary but when she saw her friend was in trouble, she didn't hesitate to help.

Friends for years,from the moment you meet 11-year-olds Neveah Russo and Kamari Andrews, you can see they have a special type of relationship.
So last Thursday when Kamari started choking on a piece of quesadilla during school lunch, Neveah jumped into action.

"At first I thought he was faking it but then it started getting serious because he was drooling a little and shaking a lot," said Neveah Russo.

"What was the first thing to cross your mind at that point in time?"

"That I was going to die," said Kamari Andrews.

"I wrapped my hands around his stomach and then I pushed hard. The first time it didn't work so I did it harder the second time," said Neveah.

The chunk of food finally flew out.

A skill Neveah didn't even know she had.

"Well two years ago I took too big of a piece of steak and I started choking and my step dad saved me with the Heimlich," said Neveah.

And while Neveah accepts her new badge of honor.

"I mean I felt like a life saver," she said.

Kamari has a word of advice: "Don't eat quesadillas."

And a closer relationship with Neveah than he imagined.

Meanwhile, Neveah says friend or not if she saw this happen to someone else, she'd help again in a heartbeat.