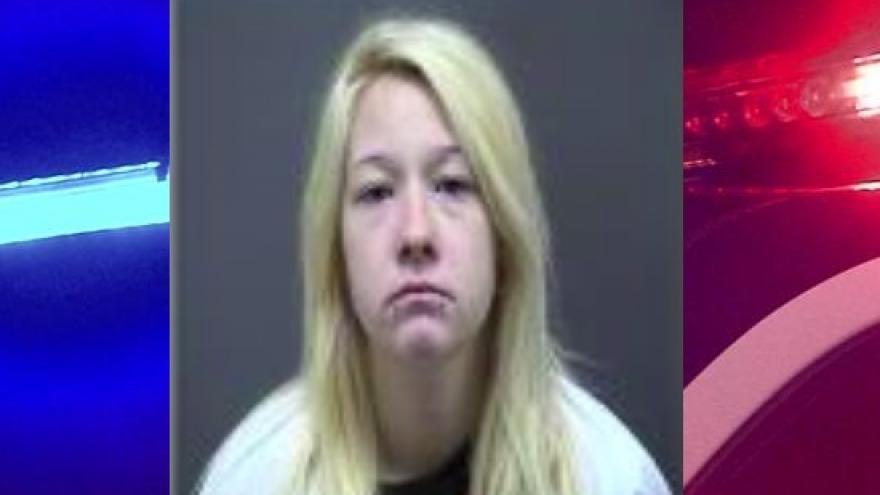 Caledonia Police took a report of a reckless driver on STH 38 and 5 Mile Road around 6 p.m. on Friday.

Upon arrival, officers located a silver SUV swerving and speeding. The SUV nearly drove into a ditch before turning into a driveway on Nicholson Road.

Officers stopped the woman after she backed out of the driveway, drove off the roadway, and varied her speeds before randomly tapping the brakes.

Officers made contact with the woman, later identified as Morgenson, and observed signs of intoxication. Morgenson allegedly attempted to reach into her waterlogged vehicle to light a soggy cigarette and became belligerent when officers instructed her not to reach inside.

When asked how much she had to drink, Morgenson allegedly responded, "Not really much; it's liquor." When officers asked her about the Powerade bottle in her center cup holder, she allegedly picked it up and attempted to drink from it before officers took it and emptied out what they believed to be alcohol.

Morgenson was taken to the Caledonia Police Department where officers say she was uncooperative and threw a tantrum similar to one being thrown by a small child.