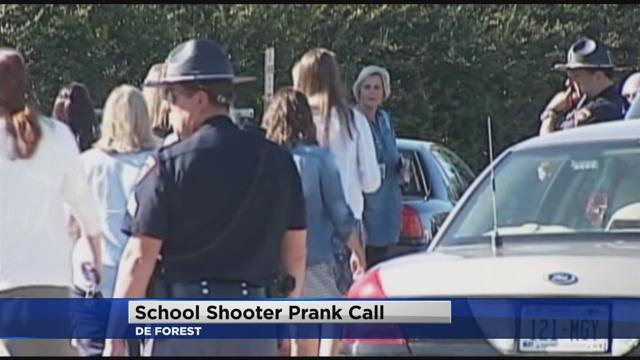 Police in Deforest have released an update on threat called in to Yahara Elementary in Deforest. According to police, it was just a prank.

Police said the call was made from the school's cafeteria and the caller sounded like a child. The school was placed on lock down after receiving a report of a gunman in the building. It turned out to be false.

Nearby schools were also placed on lock down while authorities searched for a gunman. The lock down at Yahara was lifted after about 45 minutes.