Wrong-way crash on I-43 and Capitol; driver arrested for OWI 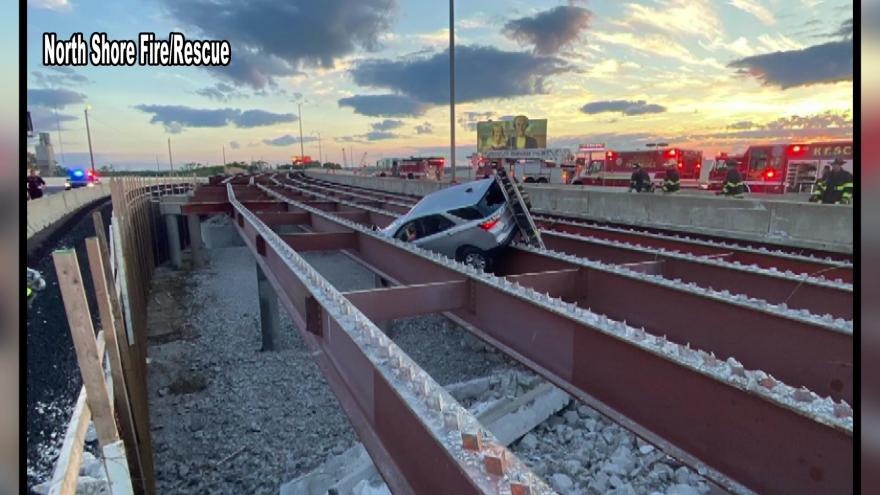 MILWAUKEE (CBS 58) -- A crash early this morning forced the closures of all lanes of I-43 in Milwaukee for a couple of hours.

Police say an SUV ended up wedged between steel beams of a bridge under construction on I-43 at Capitol Drive.

The sheriff's office says the crash happened while deputies were pursuing a wrong-way driver, who was going north in the southbound lanes after 5:00 a.m.

The driver -- a 28-year-old man -- was arrested and charged with OWI and recklessly endangering safety.