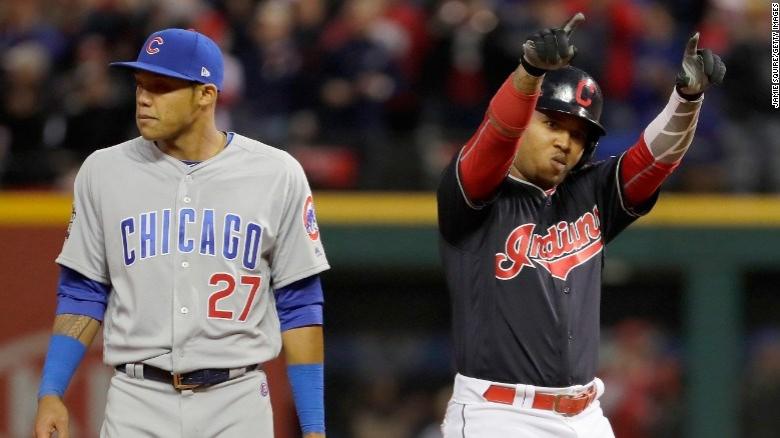 (CNNMoney) After a tough loss for the Chicago Cubs on Friday night, World Series ticket prices have dropped.

Just hours before the Cleveland Indians' second shutout at Wrigley Field, Game 5 had been crowned the most expensive sporting event in history. Tickets averaged $6,548 -- topping even the 2015 Super Bowl, according to ticket search engine TicketIQ. But with Sunday's Game 5 no longer a series-clinching opportunity for the Cubs, prices have sunk 18 percent to $5,373. It's now the second-most expensive game behind the Super Bowl.

"You see emotion really driving prices," TicketIQ CEO Jesse Lawrence explains. "As people get excited, prices go up. As they get discouraged, prices go down."

Even with the Game 5 price decline, the games at Wrigley are still the most expensive that TicketIQ has seen in its seven years tracking the World Series. And there's a silver lining for sellers -- Games 6 and 7 have actually gotten a price boost.

The average ticket for Game 6 now costs $3,448 while Game 7 is up to $4,314. That's because Cubs fans hope those games will be more promising, Lawrence says. Prices could move even higher depending on how Game 4 plays out Saturday night.

"We'll definitely see games 6 and 7 -- if those are the potential clinchers -- move up [in price]," Lawrence adds.

Though the cost of experiencing baseball history might still seem astronomical, ticket sale prices end up being less than asking numbers. For example, sellers are asking for over $5,000 for Game 5, but tickets actually sell for less than $3,000.