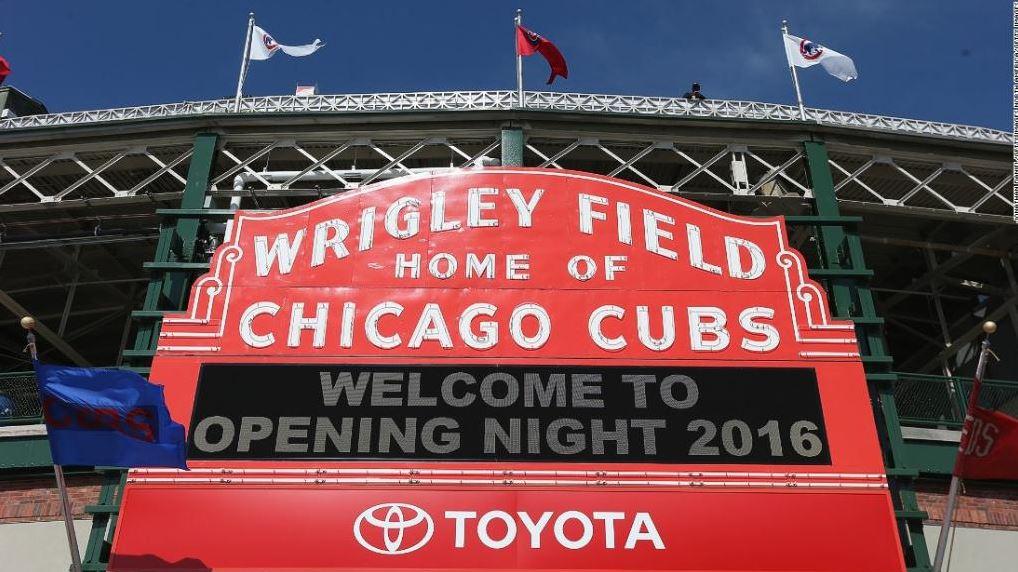 (CNN) Wrigley Field is second only to Fenway Park as the oldest stadium in Major League Baseball. But until recently, it's been a pretty lonely place in October.

The 102-year-old ballpark known as the "Friendly Confines" has never seen its home team -- the Chicago Cubs -- win the World Series.

That could change in the next few days. On Friday, Wrigley will be back in the spotlight, as the ballpark is the venue for Game 3 of the 2016 World Series between the Cubs and Cleveland Indians. It will be the first World Series game there in 71 years.

Finally, title-starved Cubs fans can pack Wrigley during the Fall Classic. And some may be lucky enough to be there in a clinching scenario. The best-of-seven series is tied 1-1. Should the Cubs win the next three games in a row, they could win the title at home in Game 5 on Sunday night and their first since 1908.

"So I know that people have been waiting for this for a long time are going to savor it, and hopefully on our part we can do something to really make it even better."

The last time the Cubs played a World Series game in this ballpark was on October 10, 1945, when they lost the series to the Detroit Tigers in Game 7.

To add to the misery, a curse was put on the club just a few days earlier. On October 6, a Chicago tavern owner named William "Billy" Sianis went to Wrigley Field, intending to attend Game 4 with his pet goat, Murphy.

But, according to the Billy Goat Tavern website, while both had tickets, the goat was denied entry. No animals were allowed in the ballpark, plus Murphy smelled bad.

Sianis, according to legend, threw up his arms and proclaimed, "The Cubs ain't gonna win no more. The Cubs will never win a World Series so long as the goat is not allowed in Wrigley Field." Until this year, the Cubs hadn't been back since.

Before the Cubs were hexed, the ballpark was the site for several Fall Classic games.

In addition to 1945, the Cubs reached the World Series in 1918, 1929, 1932, 1935 and 1938. In fact, one of the most famous moments in baseball history happened at Wrigley, when Babe Ruth allegedly pointed to a bleacher spot during Game 3 of the 1932 World Series. On the very next pitch against Charlie Root, Ruth hit a home run after his supposed "called shot."

This group of Cubs doesn't seem to buy into curses, though. The current roster was built by team president Theo Epstein, and he's helped kill a curse before. Epstein's previous job? General manager of the Boston Red Sox. In 2004, the team roster he built won its first World Series since 1918, ending the Curse of the Bambino.

Originally known as Weeghman Park, the stadium was built in 1914 on grounds that once had a seminary. At the time, it cost $250,000 to build, but it wasn't originally for the Cubs. It was for another baseball team based in the Federal League, a club known as the Federals and the Whales, that was owned by Charles H. Weeghman.

The first major league game at the park was held April 23, 1914, with the Whales defeating the Kansas City Packers 9-1.

After the Federal League folded in 1915, Weeghman purchased the Cubs from Charles Taft and moved the club to the 2-year-old park. In 1920, the stadium changed names to Cubs Park after the Wrigley family purchased the team from Weeghman, before being renamed Wrigley Field -- after chewing-gum magnate William Wrigley, Jr. -- in 1926.

The famous bleachers and scoreboard were constructed in 1937. That same year, the ivy vines were planted by Bill Veeck, and the tradition began of hanging up a flag with "W" or "L" on top of the scoreboard after each game. Lights weren't added until 1988.

The Ricketts family bought the team from the Tribune for $700 million in 2009. Today, Wrigley is in the middle of a massive restoration project. The multi-year plan, called The 1060 Project, began at the end of the 2014 season. It includes structural upgrades and improved player facilities while retaining the park's history and charm. Renovations are expected to be finished in 2018.

With the bleachers wrapping around most of the park, Wrigley, located in the middle of a neighborhood, is an intimate experience for the fans.

And they come in droves. The Cubs haven't drawn fewer than 32,000 fans per game, on average, in any season since 1997. The only other teams that can boast that are the New York Yankees, Los Angeles Dodgers and St. Louis Cardinals. The Cubs are the only baseball team with a long waiting list to buy season tickets.

"When you're out there, everybody's watching, and they're watching you very closely," Maddon said, when asked what makes Wrigley a special place. "They're very close to you. That is a big part of it. ...Our fans have been there through thick and thin, and they've hung in there really well. And when you interact with them, they're just here to support their Cubs."

Those fans feel a connection with the players outside the stadium as well.

"It's pretty evident if you go out and you're a player that they feel a connection," catcher David Ross said. "I've gotten people just without asking coming up and hugging me and putting their arm around me. I think they feel part of this group.

"It makes me laugh sometimes after they walk away. Who walks up to strangers and hugs someone without permission? It just shows the type of group we have in here and the connection between front office and coaching staff, fan base. It's a big family. And I think why it's called the "Friendly Confines" is because you feel like you're part of the group and the family."

And for the fans and the players, the game can't get here soon enough.

"I'm pretty excited," Russell said. "We get to be back here in Chicago, in our home town. Our fan base that has been with us for a very, very long time is diehard. Almost have a sellout every single game, so we're going back to our comfort zone, and it feels really good. We know what to expect. We know how the field plays. We know just how the whole atmosphere is going to be, so it's a good thing."