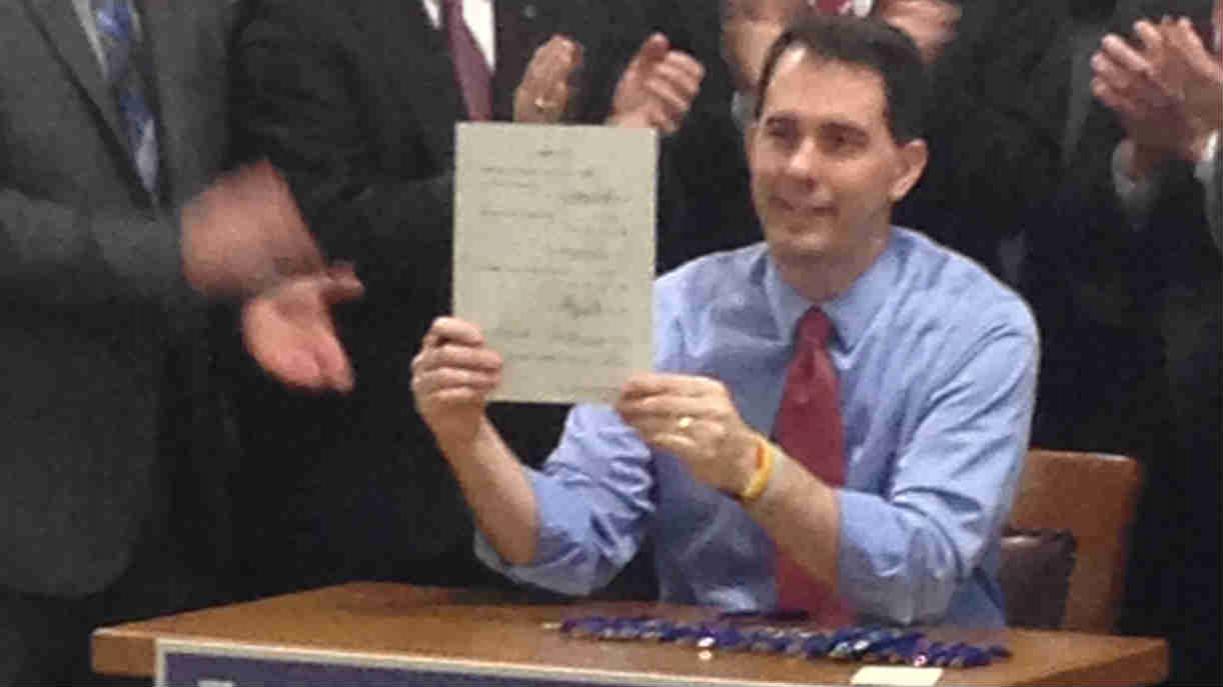 On Tuesday the Wisconsin AFL-CIO, Machinists Local 1061 and United Steelworkers District 2 filed a lawsuit challenging the constitutionality of the Right to Work bill signed into law by Governor Scott Walker on Monday.

“Not only will Right to Work lower wages, weaken safety standards and hurt all Wisconsin families, but we believe this law is unconstitutional,” said Phil Neuenfeldt, President of the Wisconsin AFL-CIO. “All workers deserve the right to join together through their union and have a voice at work. Allowing some workers to get fair representation for nothing is unfair, un-American and not our Wisconsin.”

“Workers from all corners of the state joined together with businesses, faith leaders and community members to say Right to Work will harm Wisconsin,” said Stephanie Bloomingdale, Secretary-Treasurer of the Wisconsin AFL-CIO. “Real freedom is about working people having the ability to speak with a strong voice through meaningful collective bargaining. The government should not force one group of people to provide another group services and resources without paying their fair share.”

Wisconsin became the 25th state to pass Right to Work legislation after two weeks of discussion and debate from lawmakers as well as protests.