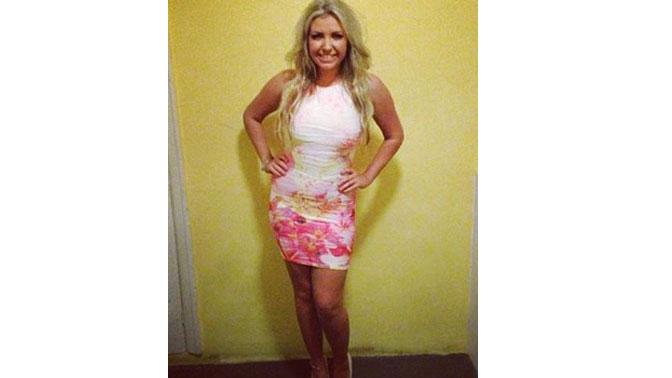 (CBS NEWS) In November 2015, Demi Wright was hospitalized after experiencing pain in her side. Doctors admitted the 22-year-old from Colchester, England, to the maternity ward after tests found elevated levels of HGC (human chorionic gonadotropin) -- a hormone emitted during pregnancy -- according to local reports.

But after an ultrasound found no trace of pregnancy, further tests revealed devastating news: Wright had a tumor in her liver, and the cancer had spread all over her body. By the time it was caught, her condition was terminal.

"The cancer had spread and her liver, pancreas and other body parts just weren't working properly anymore," Wright's father Chris told the U.K. Metro. "We thought we might have had a couple of months but she deteriorated rapidly."

Wright described his daughter's reaction to the news as characteristic of her positive personality.

"When she was told the news she sat up and looked at the doctor and we could tell it was hard for him also," he said. "She asked if it meant she was going to die and in more words he said, 'yes.' I absolutely broke down and she patted the bed and told me to sit by her and she gave me a big hug and said, 'it's going to be okay'. She was a real trooper."

Demi Wright died on February 23. An obituary in the U.K. Gazette/Standard states she "passed away peacefully after a brief but brave battle... with her family by her side."

Wright worked as a makeup artist and was studying performing arts at the Colchester Institute.

Her parents said they wanted their daughter to be remembered for her "bubbly, cheerful and happy go lucky" personality. "She had an infectious, beautiful smile and it showed her personality off. It's been devastating. It's a parent's worst nightmare and we hope this never happens to anyone else," her father told local reporters.

Wright's boyfriend Mitch Gregory told the U.K. Gazette/Standard, "We feel robbed. It needs to be stressed how much courage she had. She's our inspiration now."

Wright's cousin Zoe Gilchrist is running the Cancer Research U.K.'s Race for Life this year and has set up a JustGiving page to collect donations in her honor.