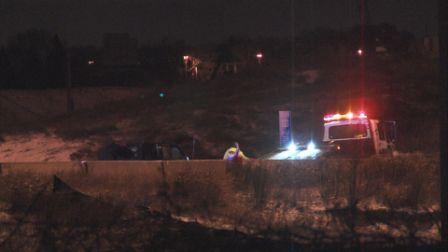 An unusual incident forced the full closure of a portion of U.S. 45 northbound overnight. The Milwaukee County Sheriff's Office reports a woman flagged down a salt truck driver in the area of U.S. 45 near Greenfield Avenue around 12:30 a.m. on Wednesday. The woman told the driver a man with a gun was after her somewhere near the highway. The salt truck driver called in the emergency. The Sheriff's Office responded with several squad cars.

Sheriff's Office deputies arrived on scene and shut down a portion of the highway. Once on scene however, deputies realized the woman making the complaint was known to them, and that she had a history of mental illness. Additionally, the woman has a history of not taking her medications.

At about 1:40 a.m. the area was determined to be safe and the highway was reopened. The woman was taken from the scene to get help. She will not face any criminal charges.