Watch: Woman turns around after shotgunning beer to surprise proposal at Road America 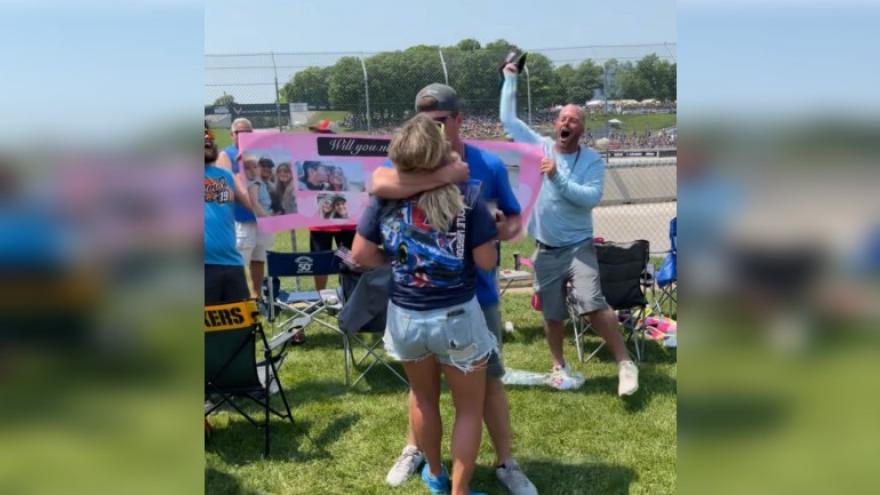 Mariah Ausloos, 24, and TJ Casper, 26, have been dating since May 2019. The Plymouth couple shares a one-year-old daughter together.

While the two were with friends and family at the NASCAR Cup Series, Casper decided it was the perfect place to pop the question.

Ausloos was shotgunning a beer with friends during the race. When she turned around, Capser was on one knee with a pink banner behind him reading "Will you marry me?"

"I had no idea this was happening actually so it was a huge surprise," Ausloos said. "I honestly was so shocked, it took a bit for 'yes' to come out of my mouth."

The two were featured on the big screens at Road America following the proposal.

The race-fan couple were both wearing Kyle Larson t-shirts during Sunday's race.

"It literally was the best moment of my life," Ausloos said. "I wish I could relive it all over again."

The whole thing was caught on camera and you can watch it below.