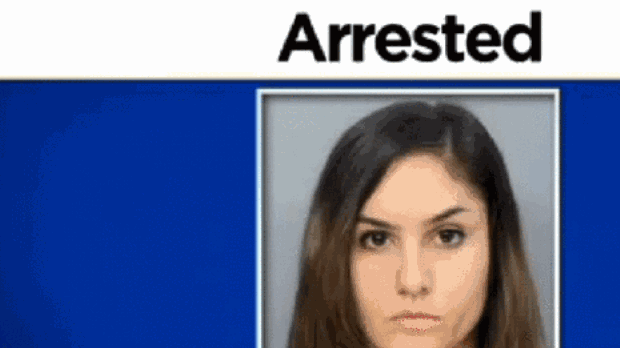 (CBS NEWS) A woman charged with DUI manslaughter for a fatal crash sent text messages to her boyfriend that read \"Driving drunk woo\" and \"I'll be dead thanks to you\" minutes before the accident, reports the Miami Herald.

On Thursday, prosecutors released new evidence, including a string of text messages, involving that deadly crash on August 14, 2013.

According to CBS Miami, Mila Dago, then 22, was behind the wheel of a rented Smart Car when she reportedly blew through a red light at around 4:45 a.m. and t-boned a truck driven by 51-year old Benjamin Byrum.

Prosecutors say at the time of the crash Dago was in the middle of a nasty break up with her boyfriend. As she and her friends bar-hopped, she fired off a series of angry texts to him.

Three minutes after sending the last message, prosecutors say Dago crashed into the truck. Blood tests revealed that Dago's blood alcohol level was .178, more than twice the legal limit, nearly two hours after the crash, according to police.

Dago has pleaded not guilty to DUI manslaughter, vehicular homicide and two counts of DUI with damage to a person.