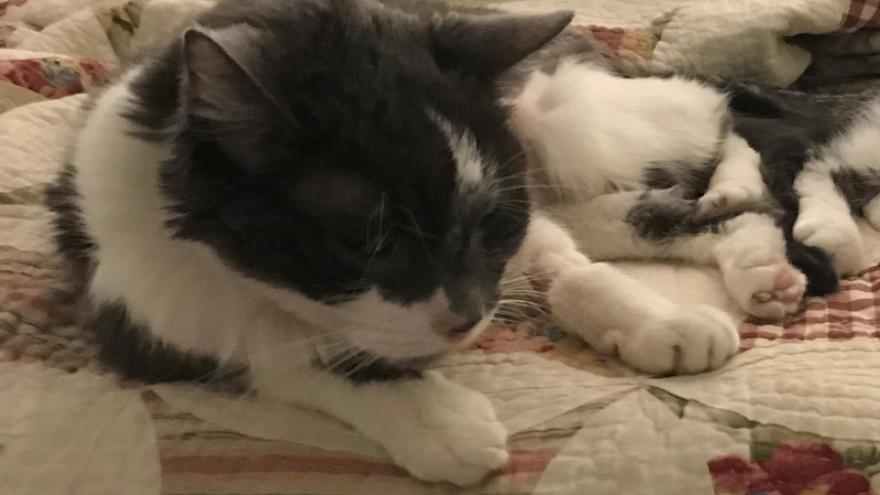 BALTIMORE (WJZ) — What would you do with $19,000? Buy a car or a new house? Pay off overdue bills? A University of Baltimore professor used the money to save the life of her senior cat, and she says every penny was worth it.

If cats come with nine lives, Stanley is now living off of nine more.

“He’s seen me through the worst moments of my life,” Stanley’s owner, Betsy Boyd, said. “He’s an old cat. He doesn’t run around as much as he used to.”

When the frisky feline wasn’t feeling well because of kidney problems, Boyd didn’t think twice about making him purrfect again.

“He seems almost human to me,” she explains. “He’s a friend, and I believe that this friend wanted to live, so I paid for the surgery.”

Boyd says she and her husband paid for the surgery out of their limited savings. They had to ditch plans for a new car.

The mother of two wrote about her choice online. Her story quickly took off.

While there has been some support, not everybody agrees with her.

“People who have commented online in some cases have been tacky and cruel. That’s their right,” Boyd said.

She says saving Stan has given her a new perspective on money and life. She says she would do it again, as she’s still focused on the one she calls her soulmate.

“He purrs all the time. He begs for poultry. He wakes me up at 4 a.m. for a snack. He’s happy, and we’re still very good friends,” she said.

On the road to recovery, Stanley celebrated his 18th birthday Saturday.

She now hopes this cool cat will stick around a bit longer — a present Boyd and her family says comes without a pricetag.

“Twenty-five would be great. I had always hoped for 30,” she said.

Boyd says she still spends hundreds of dollars on drugs and bloodwork to make sure his body doesn’t reject his new kidney.