Woman sees images of black males as sniper targets; one is her brother 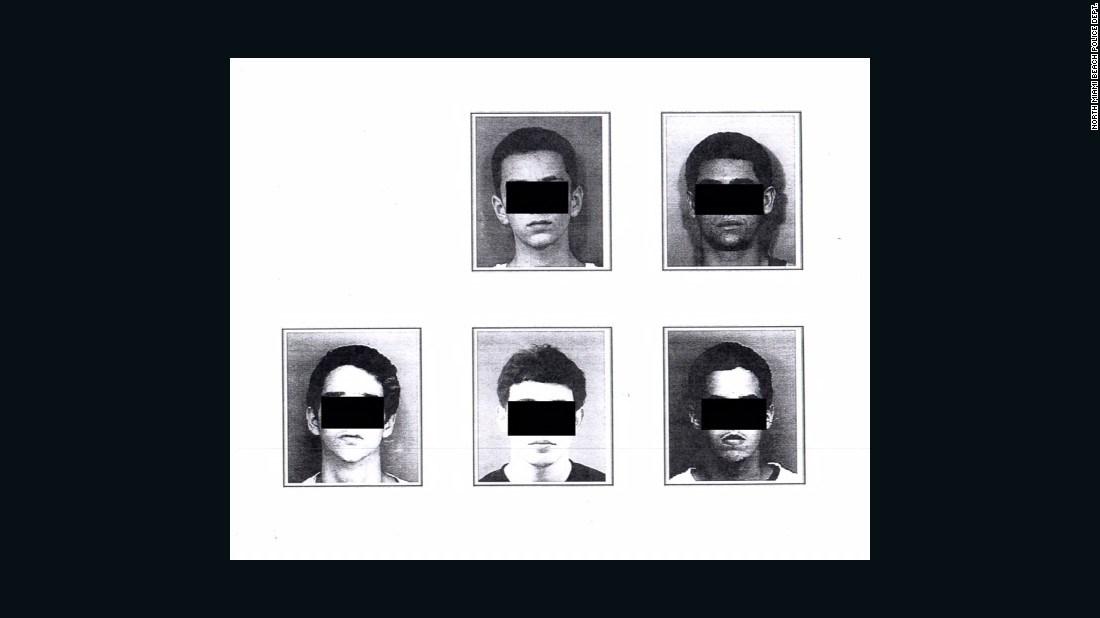 (CNN) -- You go for some target practice, look down the firing range and see at the other end that one of the targets is -- your brother, an old photo of him.

But his photo wasn't the only one of an African-American being used for target practice last November. There were six bullet-riddled mugshots of black males at the range.

No, says North Miami Beach Police Chief J. Scott Dennis. Two of his snipers were using them for target practice -- one of them is Hispanic, and the other a black male of Haitian descent.

Their target, a row of black men, which the snipers left behind at the stand, was one of many. There are also groups of white males, Hispanic males and white women.

There are 22 images in all, including a white man holding a gun to a white woman's head and one of now dead al Qaeda leader Osama bin Laden. \"The same target inventory has been used for more than a decade,\" Dennis said in a statement.

The idea is to have an array of photos with faces that look similar, so the sniper can practice exactly picking out the right target and avoid killing the wrong person in a real-life situation, Dennis said.

The department uses mugshots of people they arrested 10 to 15 years ago, and Woody Deant was one of them. Deant told NBC6 that he was booked after a deadly drag race. He has walked the straight and narrow ever since, he said.

\"I can sympathize with the family discovering their brother's photo on the target,\" Dennis said.

Dennis became aware of the family's upset in late December and ordered an investigation. It turned up no violations of law or department policy.

But things will change. \"We realize how important this issue is during today's climate,\" Dennis said.

Snipers will no longer use mugshots of people they have arrested but instead buy practice pictures from commercial vendors.

And they are instructed from now on to destroy their targets after they're done.