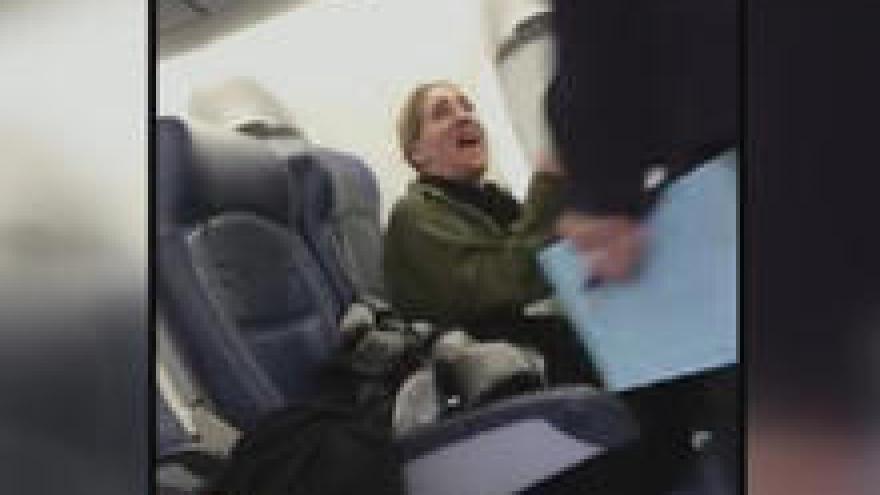 A New York woman seen berating a flight attendant on a viral video is on forced leave from her job. Nearly two million people watched a recording of a woman boarding a Delta Air Lines flight caught not only threatening a flight attendant's job, but also saying she worked for New York Governor Cuomo.

But after the video was posted online, her own job may be in jeopardy, reports correspondent Kris Van Cleave.

Passenger: "I'm not sitting by a crying baby."
Mother: "He's not going to cry the whole time."

The two can be heard arguing about how Peirez treated a young mom and her baby.

Flight attendant: "She was screaming at the baby."
Peirez: "I'm not screaming. I'll be quiet now, please. Hey, I'm sorry, I was really stressed out."

The mom who took the video, Marissa Rundell, says she shared it on Facebook to raise awareness about Peirez's behavior. It was then viewed nearly two million times.

Peirez's employer, the New York State Council on the Arts, started an investigation, and says she's been "placed on leave until further notice."

Rundell tells CBS News she doesn't regret sharing the video, but she does regret that it has affected Peirez's job.

"No one is afforded the luxury of an 'oops' moment anymore without risking it going viral," said Sue Scheff, author of "Shame Nation: The Global Epidemic of Online Hate."

There are many examples of these incidents.

Two aviation security officers were fired after a widely-shared video showed them dragging a Kentucky doctor from an overbooked United flight.

And an American Airlines flight attendant was suspended after a confrontation with two passengers last April.

Scheff says before you upload a video to social media, take time to consider the consequences.

"You never want to put a temporary emotion on the permanent Internet, because what you feel at that time is going to stay there forever," she said.

In a statement to CBS News, Delta defended the flight attendant's actions in this most recent incident, and it also says it expects passengers to behave with civility and respect toward flights crews and other passengers.

We also reached to Peirez for comment. She has not responded.