Woman’s SUV Riddled With Bullets On Way Home From Church With Daughter, 6, Inside 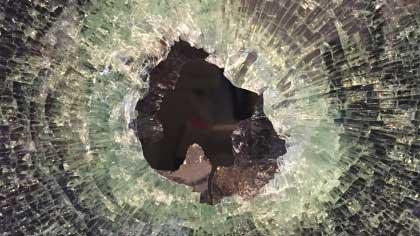 CHICAGO (CBS Chicago) — It was a terrifying night for a woman on her way home from church on Wednesday night. She says she tried to dodge bullets, with her six year-old child in the car, but she was still shot.

Police say the woman was not the intended target in the shooting.

Passenger and driver side windows of Rasheeda Fisher’s SUV were shattered by gunfire.

“I heard my glass like, not completely shatter, but spread, so I immediately duck my head and I scream and tell my daughter, I’m like, ‘Saida, get down, get down Saida’ and I immediately sped off and as I am speeding off I just hear so many gunshots.”

We counted at least eight bullet holes on the exterior of Rasheeda Fisher’s SUV. Fisher says she was on her way home from church, with her six-year-old daughter in the car. She was driving near 102nd and Indiana when her white Infiniti QX 35 apparently drove between two people shooting at each other.

“My body reaction, I threw my arms up, so in the midst of me throwing my arm up, that’s when I got shot in the arm, which was a blessing because I would have been shot in the head,” Fisher said. “My arm protected my head.”

Fisher says she called 9-1-1 and was able to make her way to Roseland Hospital for help.

Police say right now they don’t have anyone in custody for the shooting.