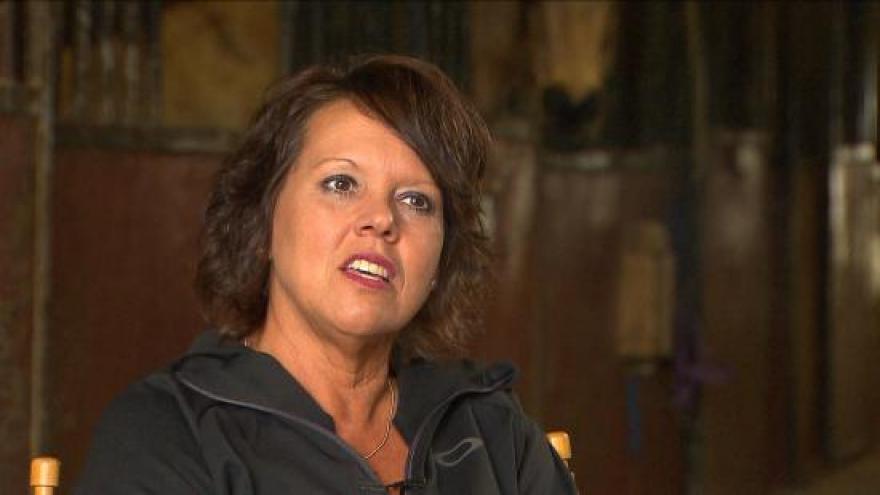 PLANO, Texas (CBSDFW.COM) – “I saw picture of her skull that was accidentally posted on Facebook.”

That’s how Jonni Hare says she first got word about human remains found earlier this month in Anna that turned out to be her daughter Christina.

“The eyes, the facial features, the teeth, every everything reminded me of Christina.”

She says it wasn’t meant to offend her but rather alert people about the discovery made by an excavation crew on March 7 and she happened to notice it.

“A friend alerted me that remains had been found in Anna. Have you seen this?”

Christina’s mother says it led to her emotional trip to the crime scene.

It was one of the most painful days in three and half years of agony that began when her 23-year-old daughter was kidnapped from a Plano parking garage.

“A weakness…  just ate up inside of me like a feeling I’ve never felt before.”

As for the man believed to have left Christina Morris’ body there who has been convicted of kidnapping now faces a likely murder charge.

“The death penalty is too easy he needs to suffer the rest of his life. He needs to go to sleep every single night and see my daughters face and what he did to her.”

A Plano horse farm has been a refuge for Morris’ mother over the years. It’s a source of emotional comfort that she says she still needs

She also feels comfort knowing where her daughter is finally.

“It brings me piece that when I look at the sky at night it’s a little bit brighter why because it has the most precious angel that you could ask for up there.”