Woman Ran in Front of Semi on I-94 Northbound 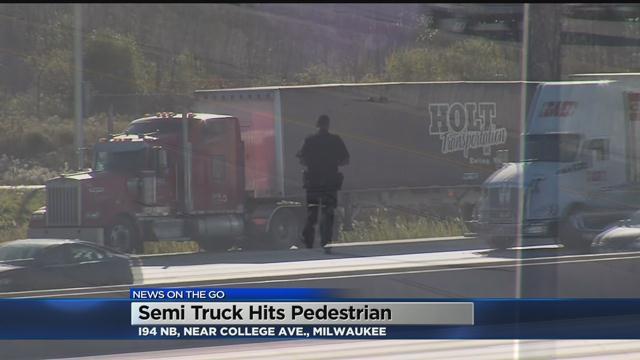 A woman ran in front of a semi this morning on I-94 Northbound causing freeway delays.

According to the Milwaukee County Sheriff's Office, the incident occurred on Thursday around 8:20 a.m.

Deputies were dispatched to a call regarding a pedestrian who had been struck on I-94 northbound near the College Avenue off-ramp.

According to witnesses, a woman walking along the ramp, crossed the grassy area between the freeway and ramp, looked at an oncoming semi-tractor with trailer and ran in front of it.

The northbound lanes were shut down for approximately 1 ½ hours while medical personal assisted the victim and crash scene measurements were subsequently taken.