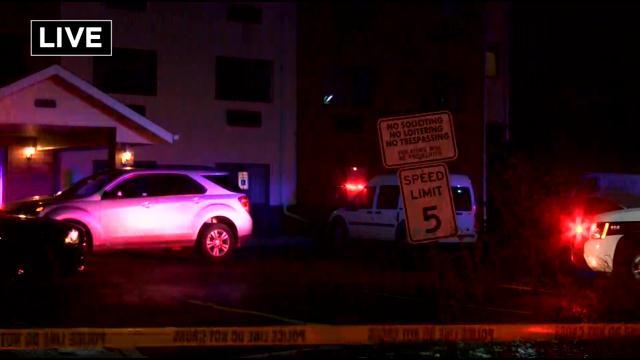 At 8:23 pm on Wednesday, the Racine County Communications Center dispatched Mt. Pleasant officers to the 600 block of Calvin Ln. for a Domestic Violence related assault that had taken place.

A witness heard someone screaming and a body was observed being dragged across the front lawn to a vehicle, before the suspect fled the area with the female victim.

Officers arrived on scene two minutes after the call was dispatched and immediately searched for the suspect vehicle and talked with witnesses.

The assault occurred after the victim drove her vehicle into the driveway of a residence.

Officers learned that the two people involved in this assault were a husband 38 and his wife 36 year old female, both from Arlington Heights, IL.

They had been separated and the wife was trying to hide from her husband in Mt. Pleasant, WI at a friend's residence. Prior to this assault the victim had filed a restraining order against the suspect in Arlington Height's, IL.

Officers very quickly learned that the victim had been struck with a hatchet-type weapon. The domestic violence assault had occurred in front of the residence in the 600 block of Calvin Ln.

Officers secured evidence of the assault and recovered the evidence throughout the night. Mt. Pleasant investigators were called in and a crime scene was established.

At 8:27 pm, the Racine County Communications Center received a second call pertaining to the same incident.

The caller, who was at the Super 8 Motel, located at 1150 Oakes Rd., reported that a woman at the hotel was bleeding from the head.

Patrol officers and the South Shore Fire Department responded to the Super 8 motel. Officers quickly determined that this incident was related to assault on Calvin Ln.

Officers located the suspect at the hotel moments after their arrival. He was taken into custody without incident.

Upon assessing the victim's injuries, which were reported as life-threatening, the South Shore Fire Department utilized the Flight for Life Helicopter to transport the victim to the trauma center (Froedtert Hospital). The Flight for Life helicopter landed in parking lot at Case High School.

At approximately 10:00 pm, the female victim had died from her severe injuries.

The assault that took place on Calvin Ln. was isolated to the husband and wife (victim) and no one else was injured.

The suspect was charged with:

The case is being investigated by the Mount Pleasant Police Department and the Racine County Medical Examiner's Office.

The Wisconsin State Patrol also assisted at the crime scene.

The names of the victim and suspect are not being released pending family notification. This investigation remains active and no other information can be released at this time.