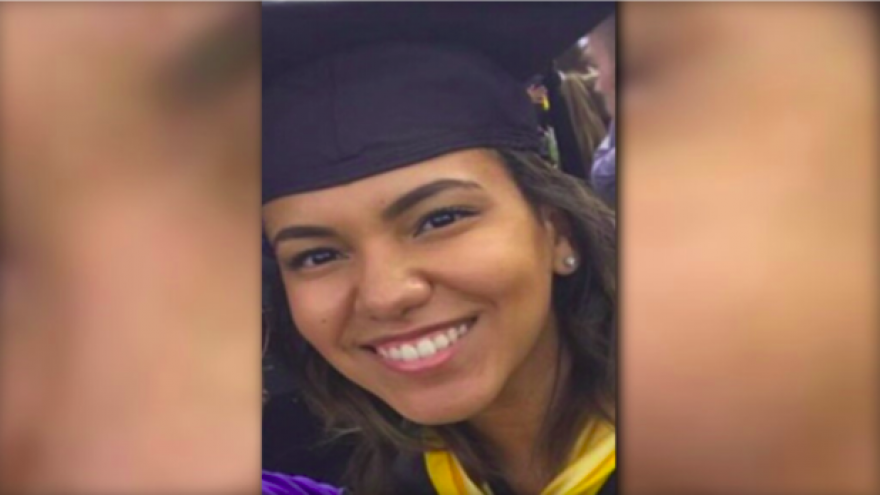 FAIRFAX, Va. -- Police say a 12-year-old boy jumped from an overpass above Interstate 66 in northern Virginia and fell onto a car, killing the driver.

Geller says the driver of the Ford, 22-year-old Marisa W. Harris of Olney, Maryland, died at the scene. Harris' family said her boyfriend, who was in the passenger's seat, took control of the car and steered it off of the interstate, WUSA-TV reports.

The boy was taken to a local hospital for treatment of life-threatening injuries.

Mom sent this photo of 22yo Marisa Harris. Says Harris was in Marymount U's grad program & wanted to help kids like the 12yo involved @wusa9pic.twitter.com/CNW7cO08Mv

WUSA-TV reports that Harris was studying mental health counseling in a graduate program at Marymount University. Harris' mother called the tragedy "ironic," saying the 12-year-old boy who killed her is someone her daughter would have helped.