Woman Kicked Out of Potawatomi for Shorts, Casino Apologizes 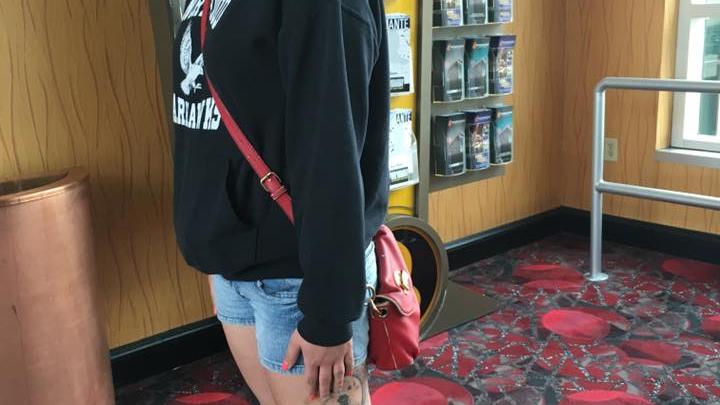 CBS 58—A woman is calling out Potawatomi Casino’s dress code, after she was escorted out by security Monday.

Becky Paszkiewicz says she went to the casino with her girlfriend, Calesta, dressed in a sweatshirt, jean shorts and sneakers. Becky says security checked their IDs and let them in, but after about 20 minutes, security told them to leave. She says security escorted them out of the building.

“Everyone is looking at you like, 'what did they do? What's going on over here?'” Becky said. “It was embarrassing to be treated like I did something wrong.”

Security told Becky what made her shorts too short was that when her arms were by her side, her fingertips went past her shorts.

“They suggested we buy leggings from the gift shop and then at one point he suggested I take off my hoodie and wrap it around my waist,” Becky said. “I told him then I'd be in a tank top, wearing less clothing then I am now.”

Frustrated about what happened, the women turned to social media. A post about their experience, along with pictures of the offending outfit, got hundreds of shares and likes.

In a statement to CBS 58 News, a spokesman for the casino said, “Potawatomi Hotel & Casino enforces a dress code as part of its security protocol. Unfortunately, what happened in this particular instance did not fall within the spirit of that dress code. We apologize for any embarrassment that this guest experienced as part of the incident. We will review the policy and take measures to make sure it is being appropriately enforced in the future.”

“Thank you for the apology but that doesn't save me any embarrassment,” Becky said about the casino’s response. “I still had to be escorted out for nothing.”

Calesta says a dress code is fine, but adds the sign at the casino, which reads transparent or excessively revealing clothing is prohibited, doesn't make the policy clear.

Becky and Calesta say the casino was a regular hang out, but not anymore.

“I'm not coming back,” Becky said. “That sucked. That sucked a lot.”