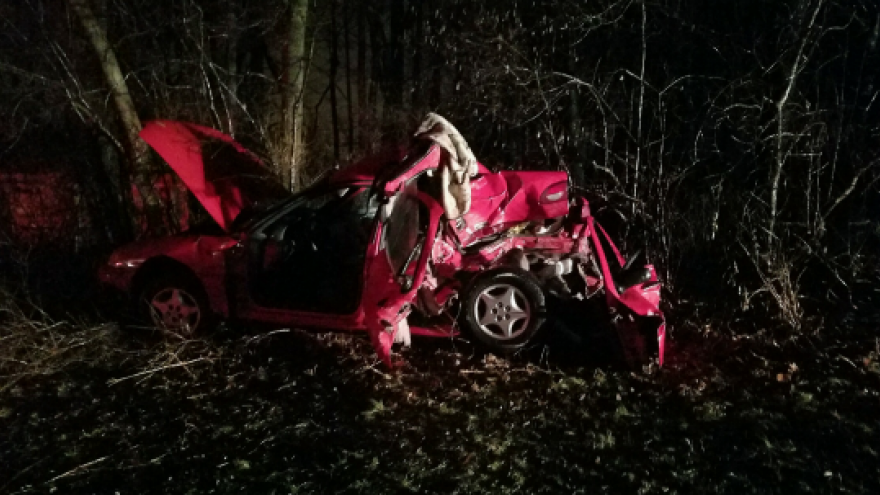 A two vehicle crash in Mount Pleasant Thursday sent one person to the hospital and made a mangled mess of one vehicle.   According to the Mount Pleasant Police, the accident occurred around 9:30 PM on N Green Bay Road, just north of the Meadowbrook Country Club.  According to the Police, a woman stopped in the curb lane of the road to pick up a passenger.  A following vehicle, a 2009 Dodge Ram truck,  rear-ended the 2000 Chevy Cavalier causing severe damage and trapping the female driver inside.  The woman was extricated from the car and taken to Wheaton Franciscan Hospital with non-life threatening injuries.  The condition of the male driver of the truck is unknown. While the Police continue to investigate the crash, believe driver impairment is not believed to be a contributing factor in the crash.