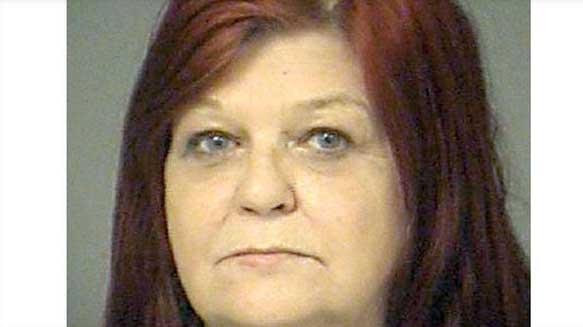 ROLLING MEADOWS, Ill. (CBS NEWS) -- A 69-year-old woman who conspired to have her husband killed in their suburban Chicago home more than three decades ago has been sentenced to 30 years in prison.

Jacquelyn Greco wasn’t charged with the 1979 death of 34-year-old Carl Gaimari until 2013. She was convicted in October after her sister and one of her daughters testified against her at trial. According to the Chicago Tribune, prosecutors alleged she schemed to kill her husband because she wanted to marry another man, then a Chicago police officer, and didn’t want a divorce because she feared she would be left with no money.

Gaimari was shot with his own gun inside the couple’s Inverness home. Authorities say two masked intruders pushed their way into the family home in a staged home invasion, tied up Greco and her three children in a closet, and killed Gaimari when he returned home from work, reports the Chicago Tribune. The two gunmen have never been identified.

Greco’s sister, Elsie Fry, testified at trial that before Gaimari’s death the women had discussions about killing him. She says Greco told her, “We found a way to kill Carl.”

Inverness police persuaded Fry in 2013 to let them record the sisters’ conversations.

A Cook County judge sentenced Greco on Thursday. In court, Greco admitted she participated in the plot to kill her husband, though she said she thought the plan had been called off, reports the Chicago Tribune.

“I’m pleading with you for leniency,” Greco tearfully told Judge Marc Martin during the hearing, according to the paper. “I loved my husband. My husband loved me.”

Prosecutors had asked for the maximum 40 years under sentencing laws in effect in 1979, but the judge opted for less.

“The defendant’s admission is significant and the court takes it as a begrudging statement of remorse,” Martin said, reports the Tribune. “If the defendant had not made it, the sentence would be higher.”

After the hearing, Gaimari’s sister, Leemarie Bonk, told the paper she had hoped Greco would receive the maximum sentence.

“We were all devastated by this,” Bonk said. “The nightmare would have been over sooner if this trial had happened when Carl was killed.”