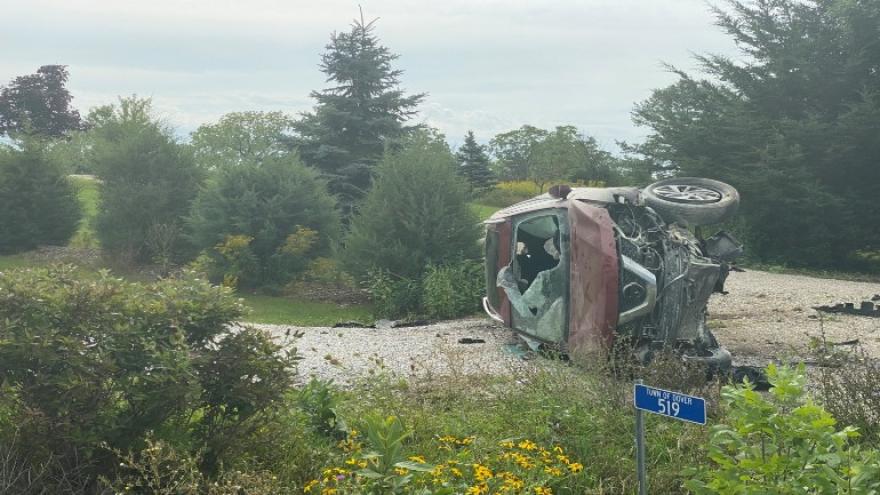 DOVER, Wis. (CBS 58) -- Racine County officials responded to the Town of Dover for a fiery crash on Monday, Aug. 23.

Deputies responded to the area of Plank and Beaumont on Monday around 9:12 a.m. for a vehicle that left the roadway and crashed on its passenger side.

Officials say two passengers were outside the car and the car was on fire upon arrival. The Kansasville Fire Department was able to extinguish the fire.

The male driver sustained non-life-threatening injuries. The female passenger was unconscious, however, she was breathing and had a pulse. Officials say the woman had a head injury and possible internal injuries. She was transported to a local hospital by Flight-for-Life.