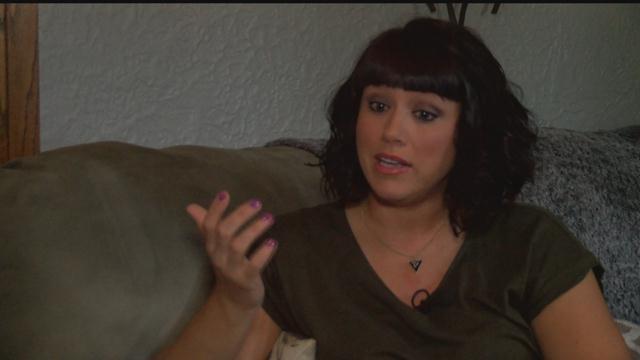 Along with a more than 150 page police report we obtained surveillance pictures, 911 calls and dash-cam video from the day two people were killed in the crash on s 60th and Pierce. .
However we also - found a witness who says she has been avoiding this road since it happened two months ago and will never forget that day.
PARTIAL 911 CALL: DISPATCHER: West Allis 911 Center whats the address of your emergency. CALLER: I was just calling to let you guys know there’s a really bad car crash
Minutes later West Allis police pulled up to South 60th and Pierce - a car, minivan and truck crushed on top of each-other..
“From what I saw it was reckless in nature,” says Leah Davis.
Leah Davis says she was driving behind Joshua Larson's red pickup truck for about a mile and saw the crash as it happened.
“It was intense they were going so fast they make the cars look so light the impact they just flew,” says Davis.
Uber driver Yoruba Sly Lundasi and his passenger Wendell Johnson died at the scene.
Larson told police he'd been going about 40 miles per hour, Davis says she saw Larson and another truck at the stop light about a block before the crash.
Amanda Porterfield asked the witness, “Would you say that this accident was the driver of the red truck Joshua Larson’s fault?” Witness Leah Davis says, “100 percent it was his fault from what I saw. They were racing the van would have been clear of the road if they had not been going that fast down the street. There wouldn't have been an impact according to what I saw,” says Davis.
Larson denied racing and said wasn't able to avoid the accident because the minivan turned in front of him.
The Milwaukee EMT was taken in and given a sobriety test.
Before curling up in a jail cell facing homicide charges..
Larson - told police - he only had a few beers at the Brewers home opener.
Coolers full of it in the trunk and had a blood alcohol level of .16. Double the legal limit.
“I was angry, I am 3 and a half years sober so I had this feeling that the drunk drivers were out there and that this gentleman was driving recklessly I was just really filled with rage,” says Davis.
Larson faces homicide by intoxicated use of a motor vehicle and entered a not guilty plea at his last court appearance
His lawyer says they've been reviewing this same evidence. Meanwhile Larson is on paid leave from the Milwaukee Fire Department.